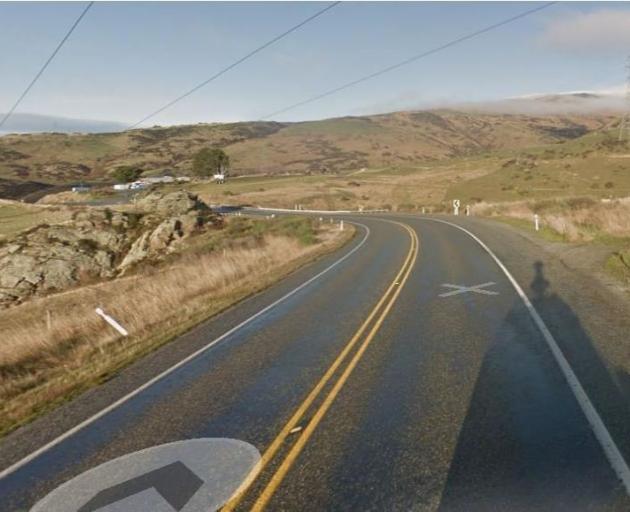 A section of State Highway 8 in the Roxburgh Gorge soon to be bridged by ‘‘hurdle’’ structures to allow work on overhead lines to be completed without disrupting traffic. PHOTO: SUPPLIED
Alexandra has become temporary home to a small army of specialist lines mechanics as work begins on the next phase of Transpower’s Clutha Upper Waitaki Lines Project (CUWLP).

The workers have been joined by support crews, utes, trucks and heavy machinery for the work, which involves upgrading the single 220kV transmission line between Roxburgh and Livingstone to a "duplex" transmission line — where two wires instead of one will allow more electricity to be carried.

The upgrade will increase northward transmission capacity from about 600MW to 1000MW.

CUWLP project director Roy Noble said a crew of about 70 people had started the first section of rewiring in the region and would work until May.

The first section extended south between Conroys Rd at Earnscleugh to the Roxburgh Dam, then would shift to the north of Alexandra to replace the wires towards Naseby.

"Locals may see crews from now through the summer period along State Highway 8, then into Galloway and the Ida Valley over autumn, before finishing up in Naseby just before winter."

Heavy equipment and the material required for the project were being shipped in and included more than 250 drums of electrical wire weighing more than five tonnes each.

Large wiring machines allowed wires to be replaced in the air and maintain clearance. 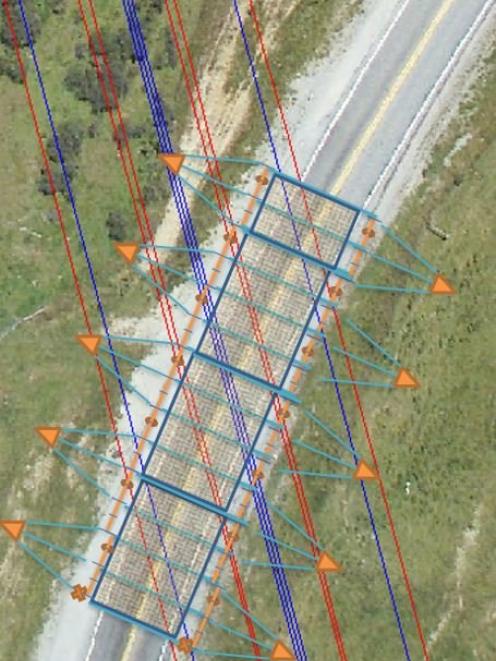 A diagram showing what the ‘‘hurdle’’ structures over the same section of SH8 could look like.

The public might see "hurdle" structures being erected along the highway to Roxburgh, to allow the wiring operations to proceed while minimising impact to traffic.

Meanwhile, the project’s foundations, earthworks and pylon-strengthening crews continued their work and would move north across the Maniototo and into the Waitaki region.

Concrete trucks might be visible in rural areas around the line in the Alexandra, Ranfurly and Oamaru regions.

"In the period of March to May there will be a number of light vehicles and heavy trucks using the Danseys Pass road from Naseby to Livingstone on a daily basis."

Transpower was working with the Central Otago and Waitaki District Councils to ensure processes were in place so those movements could be made safely, Mr Noble said.

The Clutha Upper Waitaki Lines Project is part of Transpower’s work to decarbonise New Zealand, and shift the country’s renewable energy from Manapouri, Roxburgh, Clyde and any future renewable energy projects to the whole country.

The project is due to be completed in May next year.