US navy officers drop in for workout

Chadd Wright and Shawn Webber have both served their country as members of the United States Navy Seals and US Navy respectively.

The military-style workout at Alexandra’s PT Central gym was followed by a group talk where Mr Wright and Mr Webber spoke about their experiences and the significance of "going through adversity".

Mr Webber (44), a navy veteran and aviation rescue swimmer between 1995 and 2000, said the session was about "team-building". The pair, alongside Mr Wright’s brother Blake, have touched down in Central Otago for the Revenant adventure run which begins on Friday. 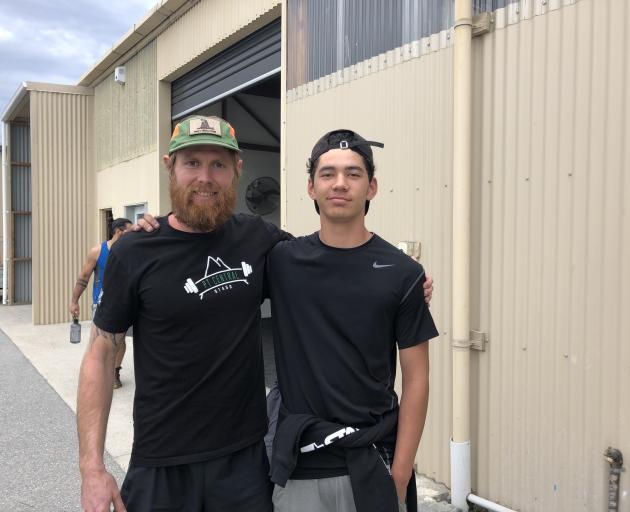 The three-day race takes competitors through the Welcome Rock trails near Queenstown.

"I’m ex-military so it was awesome to see what the US boys do and also help take charge of the class."I think they were pretty impressed with how tough us New Zealanders are."

Jordan Bailey, of Alexandra, took part in the workout. The 16-year-old has been following a military path as a sergeant for the Air Training Corps No 50 squadron and said it was interesting to hear the pair talk about mental strength.

"The biggest thing I probably learned was about keeping the momentum going, not just in fitness but in everything you do."

Mr Wright recently retired from the US Navy Seals after 12 years of active duty service and said his background should "come in handy" when they hit the racecourse.

"A lot of the skills we practised will be well translated."

Revenant race co-director Scott Worthington tracked down Mr Wright through a trail-running podcast and made him aware of the 190km trek.

"[Scott] had heard an episode I had done about my time in the Seal teams and how it translated into the ultra-running world.

"I really liked the spirit of the event."