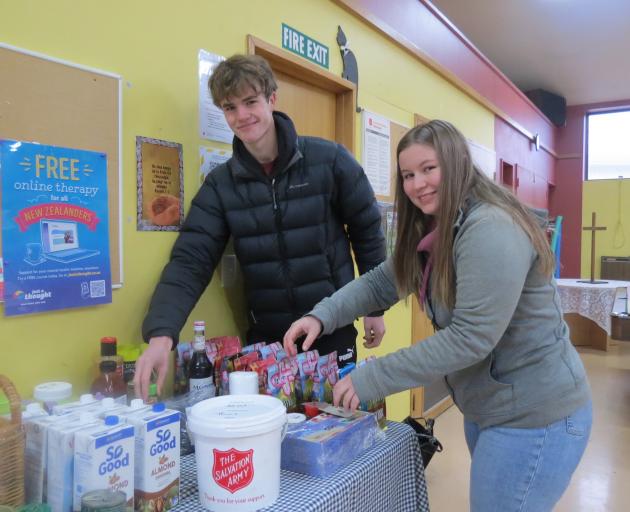 The pair visited the Salvation Army headquarters, where Maria McKeen and Kieran Boyd (both 17) were doing an inventory and rearranging the kitchen, and the Sticks ’n’ Stones building where fellow pupils Tamiyah Tairi (13), Tabitha Hildyard (18), Isla Melton (18) and Tessa Handford were taking part in a think-tank on cyberbullying.

Facilitated by operations lead Jennifer Huddleston, the girls discussed how to stay safe online and what the dangers were.

Mrs Huddleston said the Sticks ’n’ Stones programme was led by pupils, as bullying was an issue that affected them directly.

"If we can equip them with the tools and ways to stay safe, they’ll be better prepared for it when it happens and know where to turn," she said.

Tamiyah said there was probably 80% more cyberbullying than face-to-face bullying, but agreed with the other girls that online bullying spread to the school grounds.

Ms Gosalia of Volunteer South, which had arranged several such volunteer days for pupils, said it was heartening to see pupil-led initiatives to combat problems, and to see pupils supporting each other and their communities.

"They are the solution," she said.

A former teacher of 6-8-year-olds in New York, Ms Gosalia moved to Queenstown seven years ago to learn to snowboard, and fell in love with the Queenstown Lakes and Central Otago area.

"When you’re part of something bigger, you develop loyalty and responsibility and that’s what builds a community," she said, speaking of the pupils she had met that day.