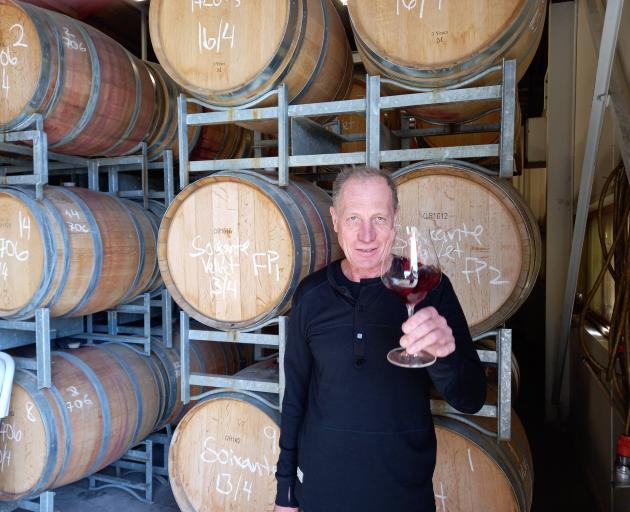 Like all wine vintages, the award to Rudi Bauer of Quartz Reef has taken time, in this case delayed by Covid-19.

Mr Bauer said he was notified of the honour, which comes for his services to the wine industry, in particular pinot noir, last week but any official presentation was on pause until alert levels permitted one to take place.

While it was an honour, there were ‘‘so many others behind this’’, he said.

‘‘It’s the collective that makes pinot noir of world-class quality.

Once a year the New Zealand Winegrowers association awards fellowships to individuals who have made an important contribution to the wider wine industry.

It was industry recognition that complemented his existing honours that include winemaker of the year in 1999 and again in 2010.

He was also  the first New Zealand winemaker nominated for the prestigious Der Feinschmecker Winemaker of the Year in 2010.

Born in Salzburg, Mr Bauer gained his degree in viticulture and winemaking in Austria and Germany before coming to New Zealand in 1985 on a six-month working visa.

He fell in love with the country, the wine and a Kiwi girl (not necessarily in that order).

He worked at Mission Vineyard in Hawke’s Bay until 1989, doing vintages in his off- seasons in California and Oregon. The Oregon experience gave him a taste for pinot noir, and he moved to Central Otago to make the region’s first gold and trophy pinot noir at Rippon Vineyard in 1991.

He moved on to Canterbury, producing consistent medal- winners at Giesen for five years, before returning to Central Otago where in 1996 at Bendigo he created Quartz Reef, specialising in pinot noir, pinot gris and methode traditionnelle.