Winemakers put themselves on map 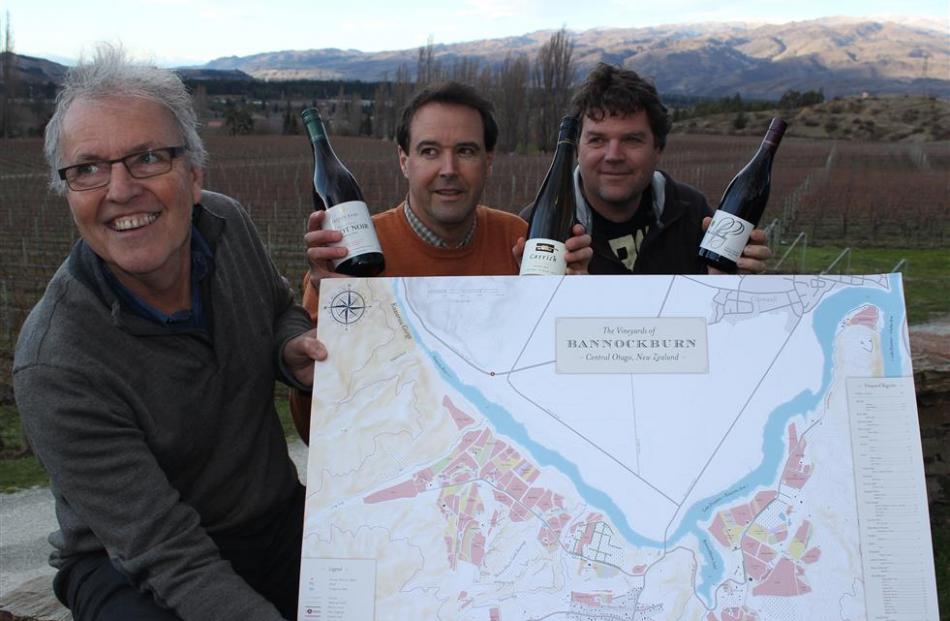 Bannockburn vineyard owners are putting themselves on the map.

In a five-year collaboration, they have produced a highly detailed map of their vineyards of a type commonly found in the world's fine wine regions.

Felton Road winemaker Blair Walter has been driving the project, which was instigated by the winery's owner, Nigel Greening.

Mr Walter said many of the world's fine wine regions had maintained such maps for centuries, and his boss had decided Bannockburn ‘‘should be up there'' as well.

The area's wine growers took up the idea with enthusiasm.

"There's nothing like it that's been done to this level of detail anywhere else in New Zealand before.''

The poster-sized map would particularly appeal to lovers of New Zealand pinot noir.

It would also be a useful tool for wine enthusiasts, educators and wine writers to better understand the origins of Bannockburn wines.

Such maps were "pored over'' by wine enthusiasts, he said.

"Fine wine lovers around the world like to drill down into the detail.''

The map included a register that linked each vineyard to its owner or winery.

It listed each vineyard's size, while a key indicated the varieties planted and other special features.

Mr Walter said the project had been a springboard for Bannockburn wine growers to apply for the subregion to be registered as a "geographic indication'' (GI) under government legislation expected to come into force early next year.

All 11 of the country's major wine regions were applying for GI registration, but to his knowledge Bannockburn was the only subregion also applying.

Under discussion in the wine industry for nearly two decades, GI defined and protected wine regions' identities, boundaries and special features, and would be recognised internationally, he said.

"It's like a trademark - you're protecting the name of that region so it can't be used by somebody else.''

Vineyard owners will gather at the Bannockburn Pub next week to celebrate the map's launch.

Maps will then go on sale at Bannockburn wineries for $17.50 each.