Chilly spell to come in wake of wild weather 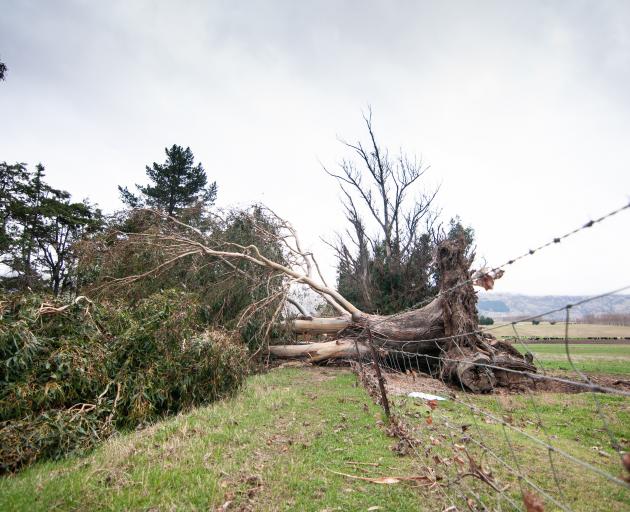 The unseasonably warm weather that accompanied the wild winds was set to change today as a cold snap moved through, but by late morning road warnings and weather watches had been lifted in most places.

However, chilly weather is set to stick around for the next few days. MetService predicted cold southwesterlies for the next four days, saying they would bring chilly nights and frosts to inland areas.

Rain and snow affected some southern roads this morning, and after hundreds had power knocked out in Central Otago yesterday, many were still without power overnight.

Cold southwesterlies for the next 4 days. The main thrust of the winds will be along the coasts, the intrusion of cold air across the country from the Southern Ocean will make for chilly nights, so expect widespread frosts, especially in inland sheltered places. ❄🥶🧣🧤^AB pic.twitter.com/xwRVtwsE0w

The Lindis Pass (State Highway 8) was closed for a time this morning because of snow but had reopened by 9.30am, and there were warnings of ice on the Crown Range Road between Queenstown and Wanaka.

By 11am snow warnings for the two roads had been lifted by MetService. The forecaster still had snow warnings in place for the Milford Road (SH94) and Porters Pass (SH73) in Canterbury.

Several minor roads are closed in the Roxburgh area, which was hit particularly hard by the winds, with many trees down and debris blown around the district.

About 550 customers in Central Otago lost power yesterday after significant damage to lines in the area.  In an update this morning an Aurora spokesperson said there were still 85 customers in more remote areas of Millers Flat and Roxburgh without power. She said it had been restored to most homes by 10pm yesterday.

Contractors were this morning were trying to locate faults on the more remote “spurs” – shorter 11kV lines that extend away from main areas, and a helicopter crew was being deployed to help.

In Dunedin this morning there was some surface flooding on some roads, and strong winds continue to batter the city. 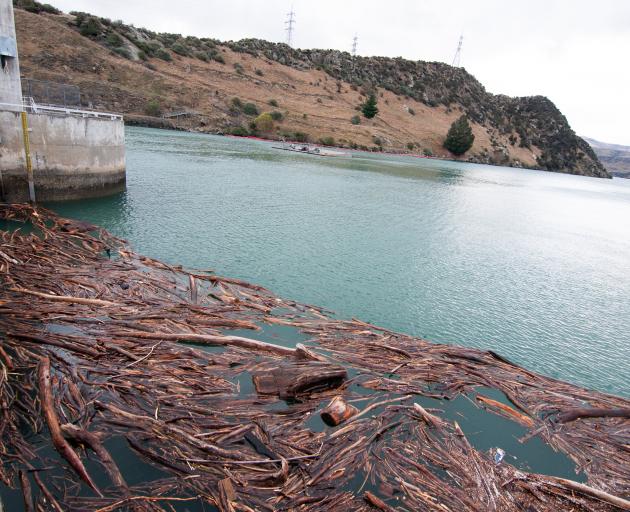 Waves caused by high winds washed driftwood and other debris on to the road at Roxburgh Dam yesterday. PHOTO: SHANNON THOMSON
He said cold air from the south came over the country last week and was followed by a period of high pressure, which left the country with cold chills.

But a front coming from the Tasman then shifted the wind direction around New Zealand.

"All of a sudden we are pulling air in from subtropical waters north of New Zealand."

That caused the brief spot of warm weather experienced yesterday, he said.

Strong winds brought by the weather system hammered parts of the region, causing significant damage to powerlines in and around Roxburgh, Ettrick and Clyde.

Aurora Energy said about 550 customers lost power, with 419 of those in the Ettrick area.

People were urged to prepare for the power outage last night, and possibly into this morning.

Power was back on in Clyde, Roxburgh and Omakau townships by 5.30pm, but other areas were not so lucky.

Aurora contractors were connecting a generator to the Millers Flat Hall from 6.30pm, providing warmth, tea, coffee, toilet, water and cooking facilities to residents affected by the outages.

"In these locations, it is more difficult for lines crews to ascertain and repair the damage to lines caused by high winds and debris," Aurora said.

"With snow forecast for Central Otago, Aurora Energy is working as fast as possible to repair lines safely, as conditions allow."

Wright and Woodhouse Rds remained closed by fallen trees last night and caution was urged on the Roxburgh East Rd on the Roxburgh Dam wall, due to debris blowing over from the lake on to the roadway.

Trees felled by wind also downed power lines near Roxburgh and the lines are believed to have sparked a 30m by 5m scrub fire in Grovers Hill Rd about 12.36pm.

A Fire and Emergency New Zealand spokesman said one truck from Roxburgh and two rural appliances from Millers Flat attended the blaze.

In the Queenstown Lakes district, heavy rain caused surface flooding, as well as rockfalls and slips on the Crown Range Road, linking the resort town and Wanaka.

Coronet Peak, near Queenstown, advised that it closed for the day, owing to gale-force westerlies hitting the slopes.

Flights in and out of Dunedin were also affected by yesterday’s blustery weather.

Amanda Doile, a passenger on a flight bound for Dunedin, said people were screaming and crying after the aircraft couldn’t land and was forced to turn back to Wellington.

"The wind just picked up like super crazy. The pilot tried to land the plane but we had massive turbulence."

Doile said passengers were lifted out of their seats several times and "thrown around" the plane.

Air New Zealand confirmed the flight was unable to land due to strong wind.

Three other of the airline’s services in and out of Dunedin were also cancelled yesterday due to weather.

MetService has a raft of weather watches in place, as a polar blast began to move through late yesterday.

They include a strong wind watch for inland parts of Otago until 3pm today and for Fiordland and northern Southland until noon.

Snow was forecast to affect the Crown Range Rd until 6am today.

- By Molly Houseman and staff reporters