Massive deluge ‘kick in the teeth’ at start of year 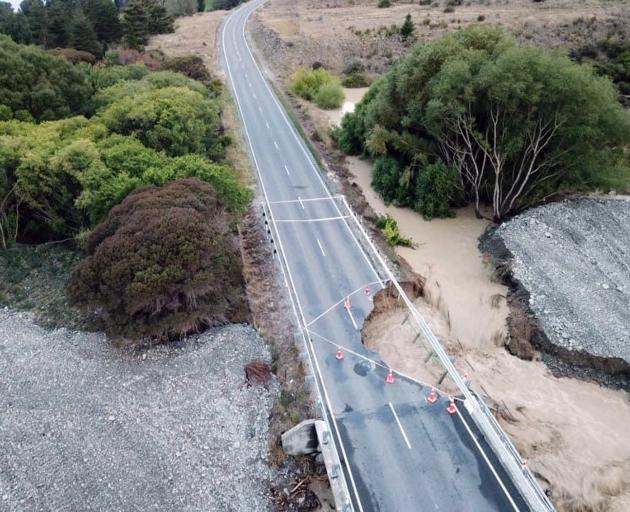 The washout of the Parsons Creek Bridge on SH83 near Otematata. PHOTO: BRETT SMITH
The deluge that drowned crops, dug up roads, and overwhelmed water supplies in Otago to start the year was a "real kick in the teeth" for many.

In some places, localised downpours dumped up to a third of the annual average rainfall for an area on to land and into rivers that could not cope.

And while a cleanup that could take weeks or months was under way yesterday, the region’s mayors said Otago had weathered another major storm.

Farmers in the Maniototo and around Alexandra on Sunday said during the downpour their farms received a quarter to a third of their annual rainfall in the first three days of the year.

"That’s a major weather event that you can’t over-build your infrastructure to plan for," Mr Cadogan said. "You can’t really prepare for that scale of flooding.

"It’s a real kick in the teeth at the start of the year that everybody had great hopes for, but we’re resilient people."

Patearoa and Naseby had boil-water notices issued at the weekend, and the Central Otago District Council issued one for Ranfurly as well yesterday.

Elsewhere in Otago, Snow Ave, in Middlemarch, was inundated with rain and looked more like a river than a road during flooding on Saturday.

After the water receded, on Sunday, an intense cloudburst reflooded buildings in the area and a lightning strike briefly cut the town’s power.

Dunedin Mayor Aaron Hawkins said once the cleanup was done, the council needed to help Middlemarch businesses recover the same way the council would if the businesses were in George St or King Edward St, in Dunedin.

Mr Hawkins said the council would meet the community as soon as possible to talk about economic development support for the Strath Taieri.

The council would also investigate what could be done in future to mitigate heavy rain flooding events.

A lot of work had already been done in the Waitaki in recent years to cope with floods, Waitaki Mayor Gary Kircher said.

But with a large district and variable weather, Mr Kircher said the district could never be "bullet-proof" against floods. 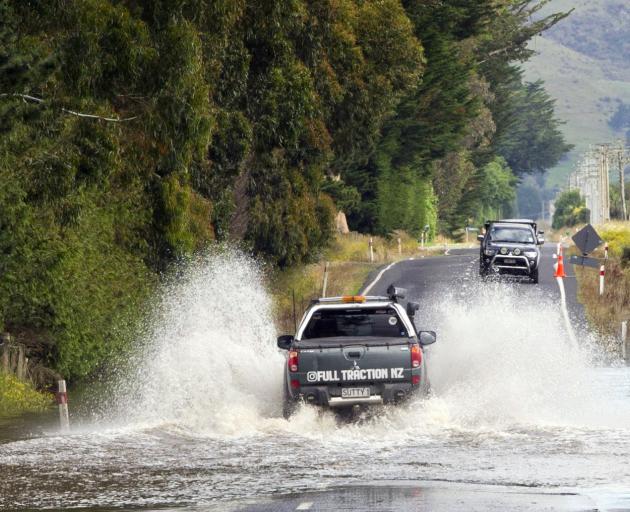 The challenge was to predict what would happen and where, and ensure any damage could be fixed as quickly and cost-effectively as possible, he said.

The Waitaki District Council asked those on the Waihemo water supply to conserve drinking water.

In Duntroon and Otematata, boil-water and conserve-water notices were issued.

Inland from Oamaru, on the Tokarahi and Windsor private water schemes, conserve-water notices were issued.

Council roading manager Mike Harrison said an assessment of the damage to the district’s roads would take a week to complete.

If the damage was limited to roads it would take weeks to repair.

But if bridges had been taken out, repairs would take months, Mr Harrison said.

Contractors would remove debris accumulated at the piers of the closed Kakanui bridge today, and the structure would be assessed.

Clutha Mayor Bryan Cadogan said when compared with other districts, Clutha had been lucky and missed the worst of the inundation.

Seal repairs, scour repairs and debris removal would be required but the damage was expected to be covered by existing maintenance budgets, Mr Witt said.

A council spokeswoman said Winslade Rd and Koi Flat Rd would remain closed until the council could get repair crews in to fix the damage.

State Highway 87, between Kyeburn and Middlemarch and SH90, between Waikoikoi and Tapanui, were closed.

State Highway 82, between Kurow and Ikawai, where an existing 1.2m diameter Armco pipe was washed out, was also closed.

The agency expected to have the road reopened by late Wednesday, the spokeswoman said.

Contractors were still waiting for floodwaters to subside in State Highway 83, between Otematata and Aviemore.

That section of highway was closed due to a 15m washout on the approach to bridge. Engineers were satisfied the bridge was not under threat.

Neither the extent of the work nor the costs to reinstate the road could be confirmed yesterday.

The agency expected to be able to get a crew on site today, the spokeswoman said.