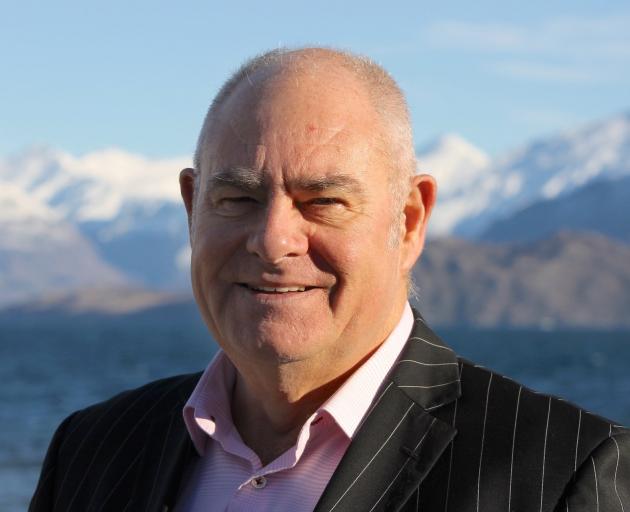 Ross McRobie. Photo: ODT files
Waitaki and the Queenstown Lakes district are mourning the loss of an "incredible" man.

Mr McRobie was diagnosed with melanoma two months ago, and started treatment last month. He died peacefully at home surrounded by family.

His son James said his father lived a very full life, had a big personality, loved helping people and did a lot for the community.

"He will be sadly missed by many people all over New Zealand."

The Waitaki District Council flag flew at half-mast yesterday and Waitaki Mayor Gary Kircher paid tribute to the "awesome councillor" for the Ahuriri ward and the Waitaki district.

"I know that my fellow elected members and the many staff who knew Ross will truly miss his analytical decision-making, his energetic personality and the great banter he brought with him," Mr Kircher said.

"We will miss Ross greatly as a councillor but more importantly, as a friend.

Waitaki district councillors Bill Kingan and Colin Wollstein had been acting as caretakers of the Ahuriri ward while Mr McRobie was receiving treatment, and would continue to do so, Mr Kircher said.

Mr McRobie was elected to the Ahuriri ward unopposed in 2019, after he moved permanently to Otematata, where he and his wife Petrea had long had a holiday home.

Previously he served as a member of the Wanaka Community Board and a Queenstown-Lakes district councillor.

"He was a shining star in our previous council - honest, frank, not afraid to speak his mind and very committed to the best interests of the district," Mr Boult said.

Wanaka councillor and Queenstown Lakes deputy mayor Calum MacLeod said Mr McRobie was "a larger-than-life champion" who taught him to bite his tongue at the council table.

"He was a good mate. The best thing about being on the council with Ross was the 40-minute drive to Queenstown. We would thrash out all sorts of discussions and arguments, not always on the same sides but always appreciative of each other’s side," Mr MacLeod said.

Outside local government, Mr McRobie was a chartered accountant for more than 30 years, an accredited chartered member of the New Zealand Institute of Directors, and a business coach and mentor.

He was the general manager of the Radio Network in Christchurch for more than a decade, and held governance roles with organisations including the New Zealand Film Commission, New Zealand on Air, Snow Sports NZ and Warbirds Over Wanaka.