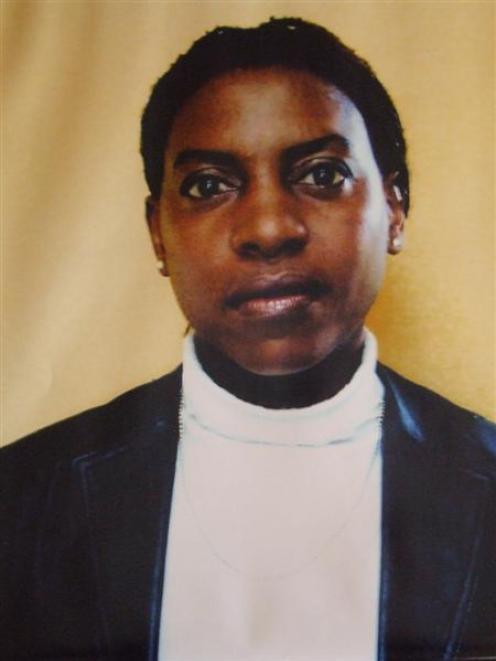 Precilla Mbatha
A woman killed in a motorcycle accident on a North Otago farm on Saturday was a genuinely nice and well-liked person who sent most of her money back to South Africa for her 11-year-old daughter, her employer said yesterday.

Precilla Yolanda Mbatha (37) had started work on the Ferry Rd dairy farm early on Saturday and had gone to get a second herd of cows.

When she did not return, farm manager Tony Lauren sent a farm worker to find her.

The motorcycle had rolled and landed on top of her and she died at the scene.

Yesterday, Mr Lauren said Ms Mbatha had worked for him for the past 18 months.

She had been in New Zealand for about four years and he understood she had worked in the North Otago area for about three years.

She did not have family in New Zealand, although she had a lot of friends, and he understood she came over with a group of friends.

She was hoping to bring her daughter over.

She was quite religious and attended church in Dunedin, with the South African community, once a fortnight.

She was a very good worker, very reliable and extremely well liked.

"She was very professional in everything she did. She always tried to do the job as best she could," he said.

Ms Mbatha was also extremely careful and that was worrying.

"It just shows it doesn't matter how careful you are, accidents can still happen."

It had made all the staff more aware of how dangerous motorcycles were, Mr Lauren said.

"She must have only just turned her head away for a few seconds and that's all it took," he said.

Mr Lauren, who was at the dairy shed, realised something was not right when the cows had been at the shed for a while and the working dog she took came back without her.

It had been a difficult time for the Lauren family and other staff.

"She was someone we worked with and she was a good friend of ours. She used to look after our children," he said.

Some of her friends had shifted away earlier in the year and he thought she might have wanted to move to be closer to them.

But she did not want to leave because she enjoyed working on the farm so much and she was very loyal.

A service for Ms Mbatha will be held at the Whitestone Chapel tomorrow at 6.30pm and her body will be flown to South Africa on Friday.

Mr Lauren said he and several other farmers were putting money into a fund to send to her daughter.

Of the 53 workplace deaths investigated by the Department of Labour in the 12 months to the end of June, 20 occurred in the agricultural sector.

Many involved roll-overs by either all-terrain vehicles (quad bikes) or tractors.

This year, the department emphasised the need for extra vigilance around farm vehicles.