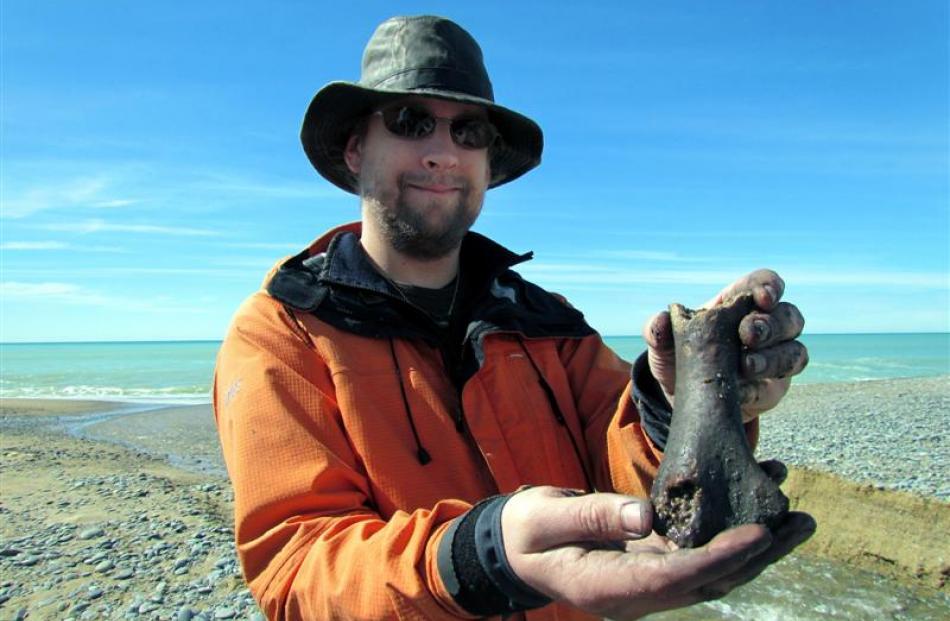 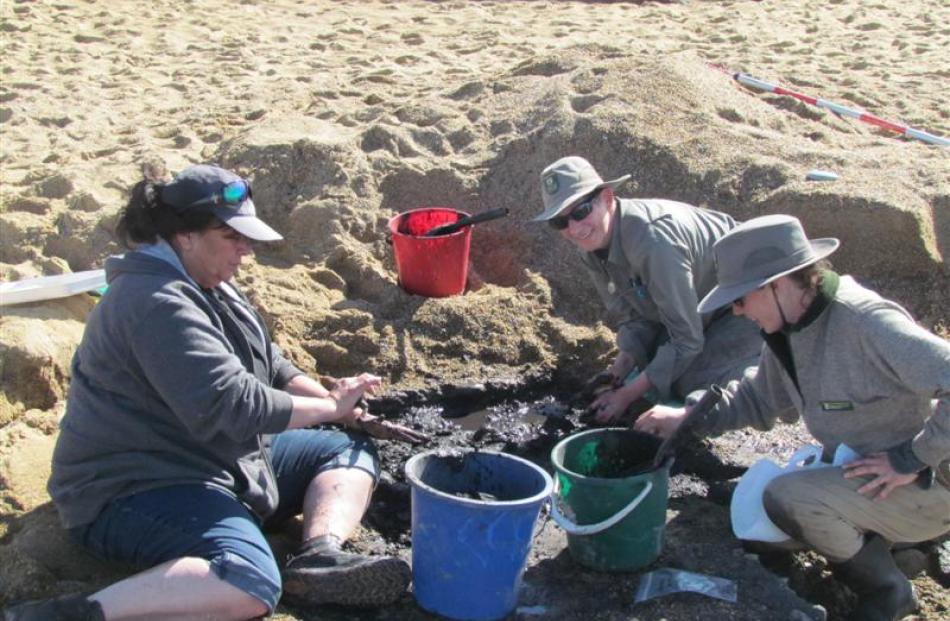 Archaeologists yesterday battled against the tide to rescue 14th century moa bones from a ''significant'' historical settlement at Awamoa Creek, south of Oamaru.

An archaeological dig, which involved up to 20 people, began on Tuesday, after Te Runanga o Moeraki approached the Department of Conservation to help rescue cultural artefacts, known to be in place, from increasing sea erosion.

Ngai Tahu South Island Rock Art Trust archaeologist Brian Allingham said ''quite a few'' moa bones were excavated from the site yesterday. Although artefacts would be sent for detailed radio carbon dating, the site, located 6.5km south of Oamaru, was already thought to date from about AD1350, he said.

''We are finding a great array of material that we can carbon date - moa bones, eggshells. Generally, we are looking at a cooking area, where moa and shellfish were cooked.''

He said layers of charcoal about 25cm below the top sand layer indicated the presence of umu (Maori earth ovens), which had been used to cook moa.

The first scientific dig in the South Island, in 1852, unearthed moa bones on the same site.

''This is a very important site, both in its own right and historically.''

Doc Otago's historic technical adviser Shar Briden said although it was rare for the department to be actively involved in excavations, this was a special case.

''We try not to do excavations and disturb a site unless it is a dire emergency.''

Ms Briden said the Awamoa Creek dig was a rescue excavation, and archaeologists at times had needed to work in thigh-high water to rescue as much as they could before the tide came in.

''It is definitely archaeology on the edge.''

The dig would conclude today, and the artefacts sent to Otago and Canterbury universities for further analysis, she said.