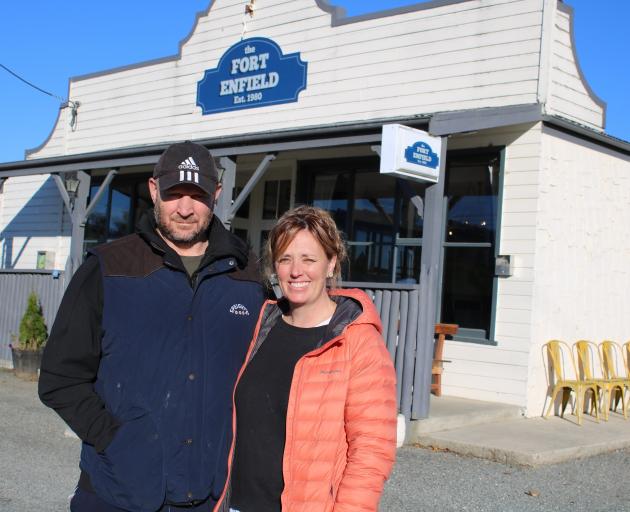 Since international tourism came to a grinding halt last year, there has been one shining star in a bleak sky — cycling.

Cycle tourism has been booming in Waitaki, as domestic tourists dusted off their bikes and put their foot down to try out the Alps 2 Ocean Cycle Trail, which has recorded its biggest season yet.

"It has been the saviour of our business, really, to be honest," Mr Neilson said.

Lake Ohau Lodge guest numbers were up 45%, compared with 2019. From November to April, the lodge had 8000 guest nights, half made up of Alps 2 Ocean cyclists, many of whom had come from Auckland and Tauranga.

Tourism Waitaki statistics revealed this season’s numbers on the trail’s nine sections were up 22% on the 2018-19 season. Almost half of the cyclists who filled out a survey spent at least six days on the trail.

The new 16km off-road section from Sailors Cutting to Benmore Dam had become one of the most popular sections. The $1.2million section, which opened in December, took the trail off State Highway 83, where it had previously travelled over the Otematata Saddle.

"When I speak to people about that new section, there’s one degree of separation between the person having either ridden it or knowing someone that has done it.

"I think the locals have really got behind it."

However, it was not just locals who were raving about it. Visitors at Kurow’s Waitaki Braids believed the new section was the best in New Zealand, owner Kate White said.

It had been an extraordinary and overwhelming season for the cafe and lodge, and Ms White said it showed no signs of slowing down.

The cycling season usually finished at the end of April, and the winter months were always quieter, but cycle tours were scheduled to stop at Waitaki Braids until at least July.

"It’s the same moving into next year — I have one day in March next year when I’m not booked out," Ms White said.

The Alps 2 Ocean Cycle Trail takes visitors from the country’s highest peak, Aoraki/Mt Cook, through some spectacular natural landscapes in the Waitaki Valley, right down to the sea at Oamaru.

Accommodation establishments have been springing up, and neglected buildings are being restored, along the way to meet the demand and cater for a new clientele on two wheels.

The official Alps 2 Ocean partner was flat out during April this year, and had strong bookings for next season.

Owner Jo Paterson said many of the cycling guests were from Auckland or Hawke’s Bay, and loved the views along the trail.

"It’s been really great — everyone’s absolutely loving the Waitaki Valley. I can’t speak highly [enough] of the people we’re having ... they’re just so pleased to be out doing it and they love the Alps 2 Ocean — everybody does," Mrs Paterson said.

It was the small towns and communities in Waitaki that were benefiting the most, she said.

"The little towns like Duntroon, Kurow, Enfield — all of them have been the winners.

"Every touch point along the trail has been a success because it’s been there."

Johnny and Amber Rogers took over The Fort Enfield three years ago, and have created a community hub at the rural tavern.

Cyclists often made The Fort the last stop on their ride, before cruising into Oamaru to finish the trail at the harbour.

Mr and Mrs Rogers also noticed many Oamaru and Weston residents using the 11km section to Enfield as a day trip.

They had installed bike racks outside to cater for the demand and said it had been exciting to watch Alps 2 Ocean numbers grow over the past three years.

Other operators have been there from the start.

Cycle Journeys opened its Twizel depot three months before the first section of the trail — from Aoraki/Mt Cook to Omarama — officially opened in 2013.

And "good things come to those who wait", chief executive Geoff Gabites said.

"What I’ve seen over nine years is the trail increasingly getting better and better and more and more off-road," Mr Gabites said.

As new providers had been popping up along the trail, Cycle Journeys had been able to expand its capacity — and it had "grown considerably".

The Christchurch company now has 28 people on its payroll in Twizel, and a fleet of more than 400 bikes. About 84% of its business was cyclists riding the trail in full.

"The exciting thing about that is that delivers the economic values to all of those small communities down the trail."

March was always a strong month for the cycle outfitter, but this year momentum continued into April. Cycle Journeys moved 2354 items of luggage — a total of more than 32,000kg — on the trail last month.

"There’s been this incredible demand, which has been built up when we went into lockdown.

"Everybody went off and bought bikes, bought lots of e-bikes, and they go ‘oh well we better use them now’."

Mr Gabites also sits on the Alps 2 Ocean joint committee, and has "a degree of emotional ownership" of the trail.

He has been involved in cycle tourism since 1992, and was not surprised cycling had become so popular.

"We recognise and acknowledge that our friends and companions [in the tourism industry] have had a different experience entirely."

Bookings for next season were "stunningly strong", and he expected the momentum to continue. — Additional reporting Rebecca Ryan