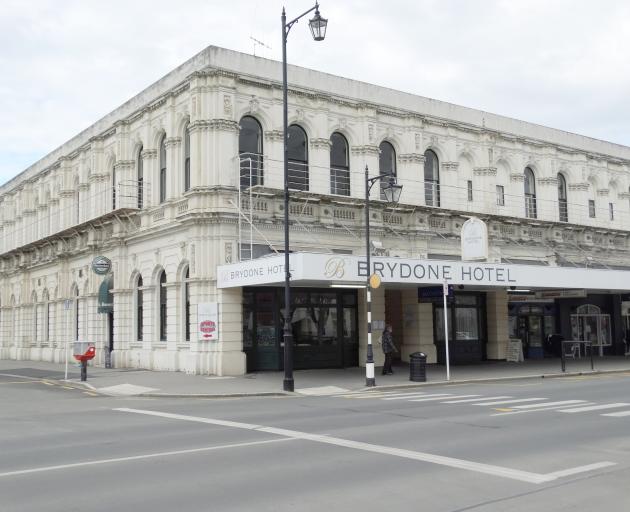 The Brydone Hotel.PHOTO: DANIEL BIRCHFIELD
Significant investment in a key asset has boosted the value of the Oamaru Licensing Trust's assets at the cost of a reduced surplus, its recently released financial statements show.

At present, the trust holds assets of $6.630million.

In his report, trust chairman Ali Brosnan described the modest surplus as a "very solid" result, "given the considerable expenditure during the year on the properties".

That included ongoing work to upgrade the Brydone Hotel.

About $700,000 has already been spent on the ambitious project, which is in its third year, and when completed in 2021 it is expected to hit the $1.5million-$2million mark.

In the Pacific wing, built in 1974, 28 of 32 rooms had been fully upgraded, new beds had been bought for the entire hotel, the main dining room, Flanagan's, had been upgraded and sound-proof doors had been installed in the Moeraki and Lindis conference rooms.

Next on the list was the hotel's 17-room historic wing.

At least six of those rooms would be brought up to four to four and a-half-star standard, and more were likely to be upgraded in the future.

That would be followed by full upgrades to the hotel's restaurant, bar and reception areas.

Trust general manager Cathy Maaka said the trust had funded the work through its own cashflow, which also funded work on the North Star complex and Liquorland.

She said an increased wage bill and more being spent on repairs and maintenance also contributed to the reduced surplus.