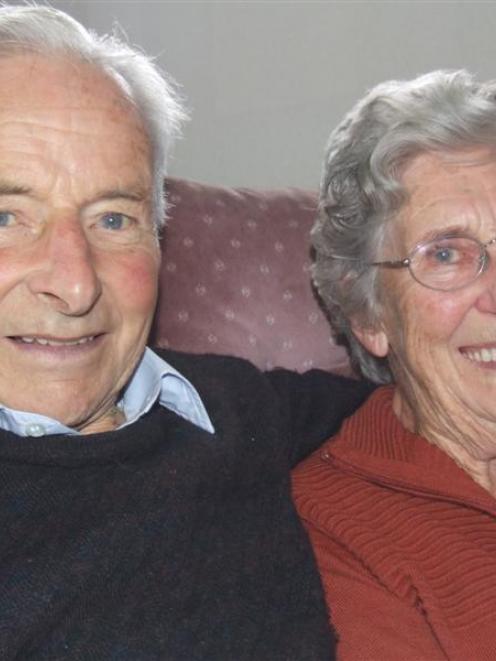 The couple were kept busy with both their business interests and extensive community involvement, along with raising a family of seven.

Mr and Mrs Muldrew, both 84, met at a dance at Kakanui and were married at St Paul's Church in Oamaru on March 23, 1949, followed by a reception at the Star and Garter.

The couple settled in Maheno, where Mr Muldrew worked for the butcher.

They also had a small farm.

They moved to Hampden, where Mr Muldrew bought the butcher shop.

Their children were raised in the township which was to be the couple's home for many years.

"We became part of the scenery," Mr Muldrew said, laughing.

A desire for a new water scheme was the reason he stood for mayor and he later chaired the Waihemo Community Board.

When the couple converted the butcher shop into a venison factory, they started packing venison for the Wanaka Meat Company.

One of their highlights was building the Moeraki Boulders restaurant which, after a long battle to get planning consents, finally opened in 1986.

They ran it for about five years before retiring, Mrs Muldrew (nee Auld) said.

The couple later shifted to Waianakarua where they had a bed and breakfast business.

They moved to Oamaru just over five years ago.

Mr Muldrew, who was awarded a Queens Service Medal for his community service, was affectionately known as "the late Mr Muldrew" because he was always running late.

He is still involved with the Waianakarua Lions Club, while Mrs Muldrew goes to the gym three times a week.

The couple agreed tolerance was needed for a long and happy marriage.