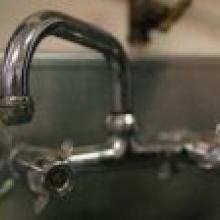 The fluoride debate is heating up in Dunedin's northern townships, just as construction of their new water supply gets under way.

The Dunedin City Council infrastructure services committee this week received a 231-name petition calling for consultation before fluoridated water was piped to townships along the Waikouaiti coast.

Petition organiser Olive McRae, of Waitati, presented the petition and said those who signed were ‘‘not too happy'' about the prospect of being supplied with ‘‘medicated'' water.

Ms McRae said residents had not been consulted about the fluoridation issue. ‘‘We haven't been asked and we need to be asked.''

Committee chairman Cr Andrew Noone said information about the fluoridation of the new supply was in documents residents saw when being consulted about construction of the new scheme.

Ms McRae responded that fluoridation was mentioned only in ‘‘the small print''.

Supporting the petition, Evan Sadler questioned the effectiveness of fluoride.

‘‘People should have a choice in this,'' he said.

Ms McRae later told the Otago Daily Times, Petone had rejected taking fluoridated water from the Hutt supply after being consulted by the council.

She left councillors with a list of 34 questions about fluoride.

Waitati is due to get fluoridated city water in June or July, while Warrington and Seacliff are expected to be on tap by the end of the year.