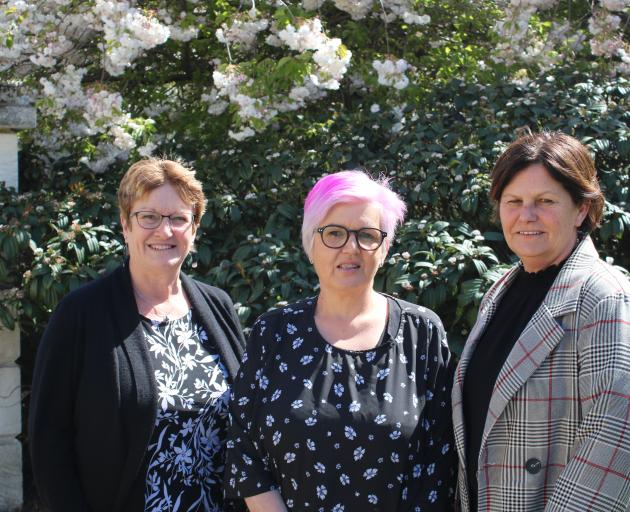 North Otago women (from left) Sue Fraser, Raelene Guthrie and Belinda Spivey have set up a committee for women to be funded for their first specialist visit to a doctor, after recognising there was a high demand in the community. PHOTO: KAYLA HODGE
North Otago women are struggling to afford to see a doctor, but three women are determined to do something about it.

Raelene Guthrie, Belinda Spivey and Sue Fraser have set up a committee through which women will be able to apply for funding.

At an auction at the Loan and Merc in Oamaru on Wednesday, they raised $7000 to be put towards at least 100 specialised doctor visits for women.

It resulted from four information evenings in Oamaru, at which Timaru doctor Albert Makary and other guests spoke about health issues women in the community were facing.

"We found a lot of major problems, and people don’t have the money, or they think what they have is normal," Mrs Guthrie said.

"People were coming with four to five issues, with years of pain, discomfort and life-altering conditions."

It was clear many women could not afford to see a doctor, and the group decided to create a committee, with the three women and general practitioners, to help.

"Our community is in need, and hasn’t known how to be looked after, and I think the GPs haven’t had the correct support either."

They were "gobsmacked" by the amount raised at the event on Wednesday, which was attended by 100 people.

"It’s double what I thought we would get, and double the people," Mrs Guthrie said.

"That shows there is a general need for this, and we’ve been so well supported by the community."

They hoped more money could be raised by auctioning a statue of compassion, created by Dr Makary and given to the committee, on Trade Me.

"We’re really lucky to be donated this statue."

The sessions were beneficial for the entire community and she had learnt more about the body from them "than what I’ve learnt in 40 years going to the doctor".