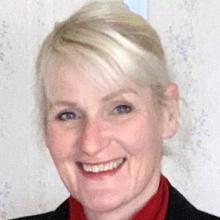 Mrs Hazelhurst, a 20-year Oamaru resident, said yesterday her love for the area and a growing call from others to enter the race led her to shed her initial reluctance.

"I had an awful lot of people in the community, who I respect and who I have a great deal of admiration for, approach me and ask me if I would be interested in standing,'' Mrs Hazelhurst said.

"They felt because I'd shown leadership on issues about the harbour and the hospital, that I'd be a good choice.

"As more of them asked me, I decided to consider it seriously.''

Mrs Hazelhurst moved to the area from Wellington when her husband, Andy Hazelhurst, took a role at Network Waitaki.

She has recently been visible in the community in her role with Friends of Oamaru Harbour and her vocal criticism of the restructuring process at Oamaru Hospital.

She said she wanted to see four "key changes'' to how the Waitaki District Council operated: it should do more to look after the district's most vulnerable, including having "unpleasant conversations'' about crime, methamphetamine and alcohol addiction, and housing affordability; it needed to up its game in terms of communication, especially as it related to transparency; it needed to get the basic facilities "ticked off first'' before embarking on aspirational projects; and ratepayers' experiences with the council needed to improve.