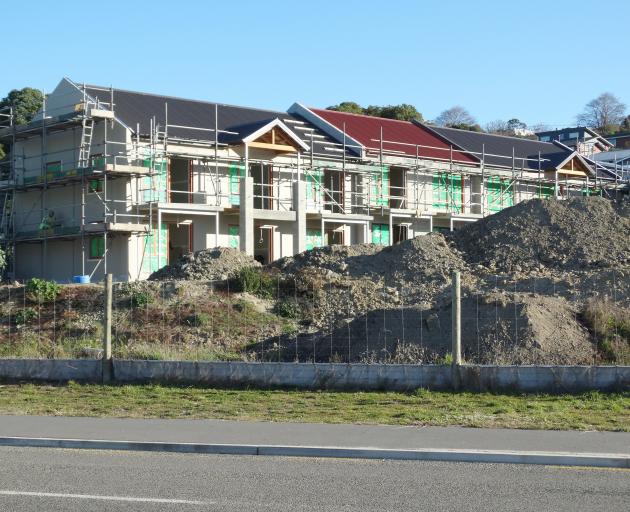 Oamaru’s Ross and Debbie Ward were given the go-ahead to develop the 6200sq m site after the Waitaki District Council released an expression-of-interest document to formally request ideas from potential developers in May 2017.

At the time, six groups had reportedly made unsolicited approaches to the council, expressing interest in building hotels, motels or apartment accommodation at the waterfront.

Construction on the ocean-facing 22-unit boutique luxury accommodation complex started in the first half of 2019, with the aim of being open for business by Christmas this year.

Covid-19 has meant those plans have changed.

Despite that Mr Ward was positive about what the future held for the development at Oamaru Harbour, where construction resumed when the country entered Alert level 3.

"I think things are going to be pretty good, definitely a lot of Oamaru’s tourists are Kiwis. Kiwis are travelling and things are taking off, aren’t they?"

He also hoped the mooted transtasman bubble would be introduced to boost tourist numbers over the peak summer period.

Mr Ross said Oamaru was well-placed to take advantage of domestic tourism, as it was a town that was firmly "on the map" and had plenty to offer visitors.

No date for the opening of the hotel had been set.