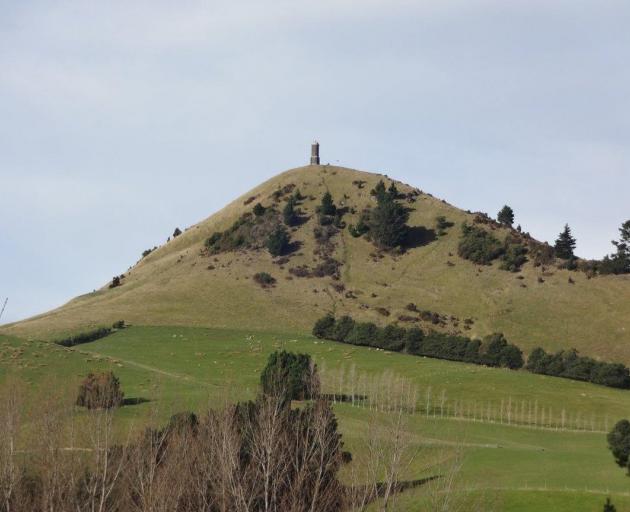 Panoramic views of Palmerston and the surrounding district draw many walkers to the Puketapu track each year. Photo: Bill Campbell
''Visioning'' meetings held in the the Waihemo ward of the Waitaki District Council held at Palmerston, Hampden-Moeraki and Dunback in February attracted more than 100 people across three meetings.

Results, which looked at future development of the ward, have been released by the Waitaki District Council.

They will be discussed at a workshop made up of Waihemo Community Board members and Waitaki District Council staff.

Waihemo Community Board chairwoman, Kathy Dennison, of Palmerston, said they would report back to attendees before the end of the year.

Matters raised at the May meeting in Palmerston included continued access for walkers to Puketapu, the 393m hill east of Palmerston from which Sir John McKenzie's memorial cairn gives 360-degree views of the Palmerston landscape and the coast.

The Waihemo Community board will support continued access to Puketapu and will pursue better signage at the entrance to the track which is on private land.

Requests for improving recreational facilities, the development of Ross Park, the constructing a cycle track and the completion of the Palmerston Sports Hall were supported by the Waihemo Community Board which will ask for a recreation survey via the Waitaki District Council long-term plan.

The encouragement of a motorhome park on the Palmerston A&P showgrounds, an option suggested at the meeting, is currently a Waitaki District council procedural matter.

Issues raised at the Dunback meeting included upgrading the historic Golden Point stamper battery and the development of walking and cycling tracks in the district.

The Waihemo Community board will work with Ngai Tahu to develop a cultural centre at the Moeraki lighthouse following discussion at the Moeraki-Hampden meeting.

Protection for penguins was important; access for visitors must be restricted with fencing to protect the penguins, the chairwoman said.