Danseys Pass due to reopen 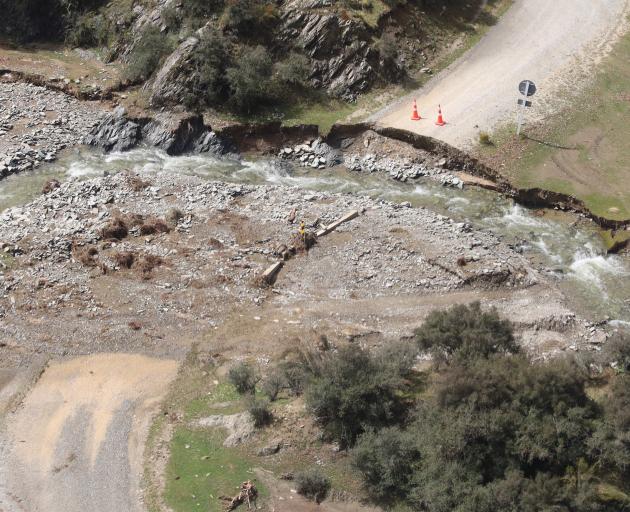 Parts of Danseys Pass Rd were washed away during the flooding early this month. PHOTO: SUPPLIED
Nearly one month on from the Waitaki district flooding, Danseys Pass is expected to reopen.

The road was one of the worst hit in the downpour, as the water scoured the road up to half a metre deep in parts, and sediment covered the road.

"On the Central Otago side, they are waiting for advice from us before they open up their side," Mr Harrison said.

He was pleased with the relatively quick result, after there was a smaller rainfall a week later.

"That wasn’t as bad, but certainly didn’t help things. It re-livened all the soggy areas.

There were 28 roads closed in the district after the flooding, and 14 were still "under caution" at this stage.

Further work would begin on other roads next week, and they were expected to reopen fully then, too.

Despite the road closures, Mr Harrison said the district’s roads performed "quite well with that amount of water".

"There’s been a lot of work we’ve been doing over the last few years improving drainage, improving the shape of the roads, and that paid off this time that [we] weren’t as badly affected as what we could have been. That’s very, very pleasing.

"But also we were lucky because if the rain had have gone for another 16 hours probably ... that would have had a different impact on us."

The public’s co-operation by staying out of the badly affected areas was beneficial, but some problems remained.

"We are still in a position where it’s a moving target.

"If you see a road works sign, please do drive to those conditions of what the sign says, and even if it looks like there is no work there, there could be something that you can’t obviously see. Please, if it says 30km or 50km — drive at those speeds."