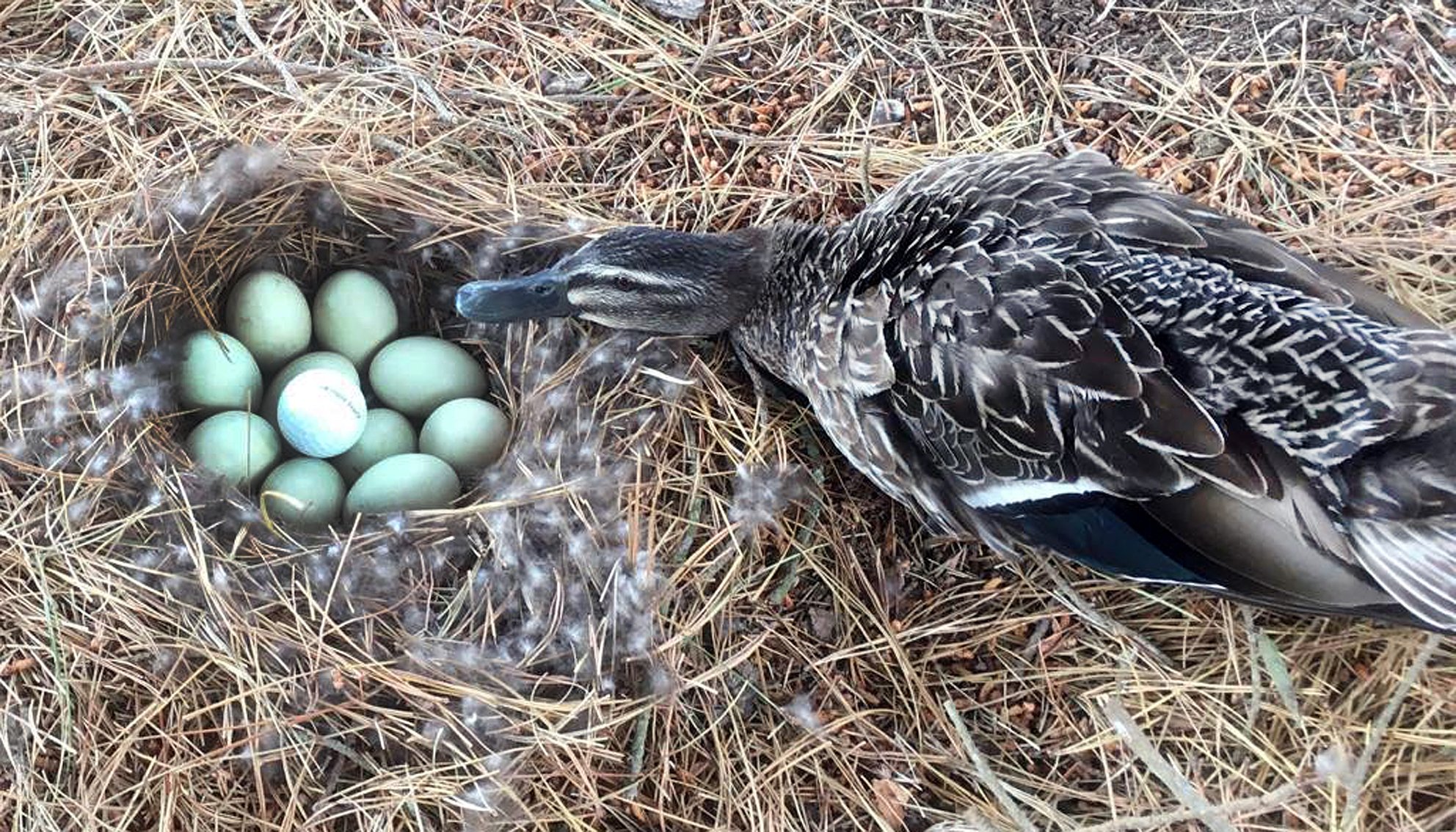 Michael de Buyzer landed his ball in a duck’s nest, among 10 eggs, at the Lower Waitaki Golf Club on Sunday. PHOTO: SUPPLIED
Was it an albatross, an eagle or perhaps a birdie?

After teeing off for his first shot of the day on Sunday, Oamaru lawyer Michael de Buyzer watched his golf ball take an unfortunate turn.

It had ended up among trees and he set off in search of where it had landed.

Despite looking high and low through the foliage at the Lower Waitaki Golf Club course for the ball, it was to no avail - until he spotted a lone duck.

The mother duck appeared to be protecting something. On a whim, Mr de Buyzer gently moved the bird and struck the jackpot. 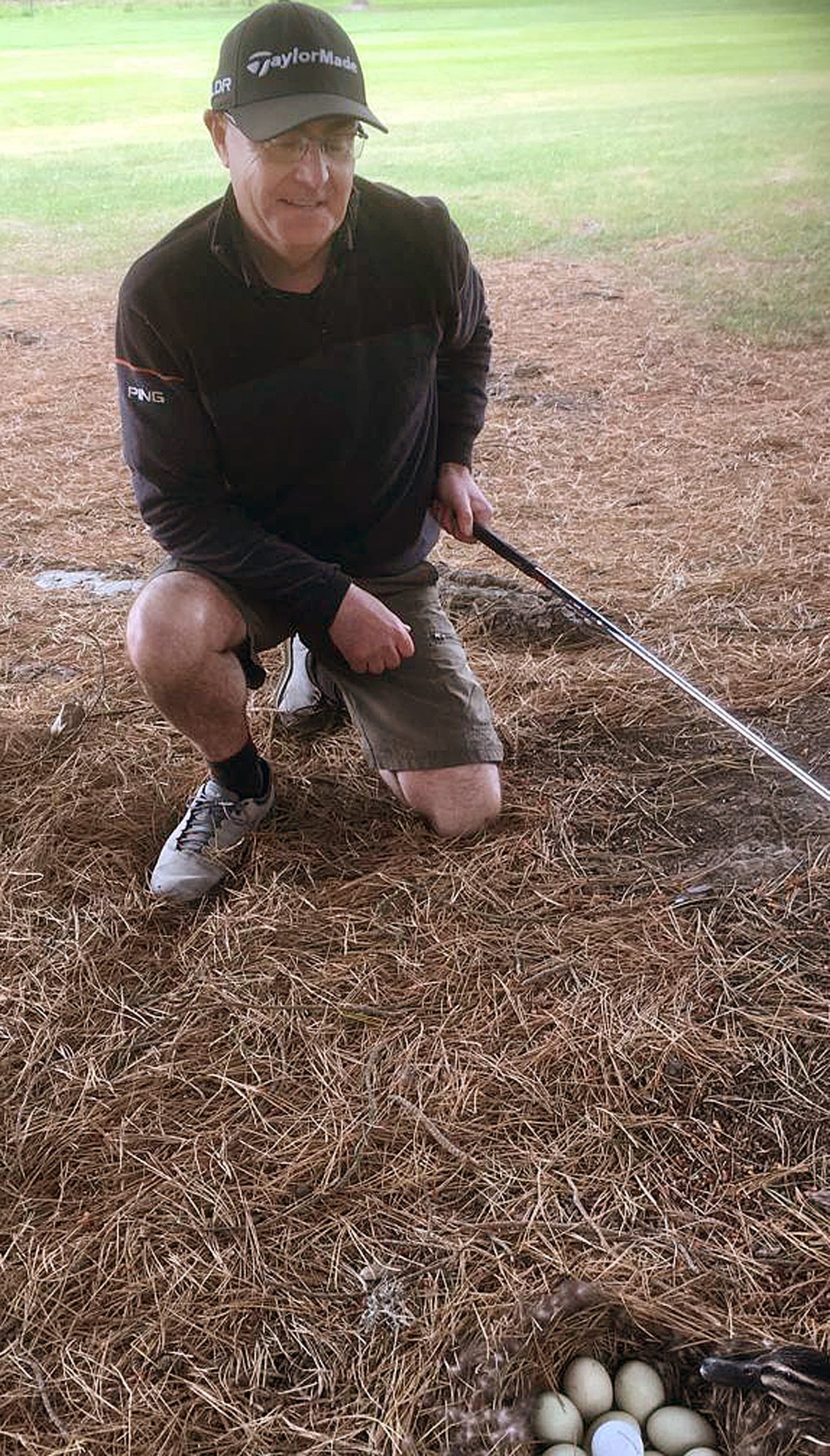 Michael de Buyzer. PHOTO: SUPPLIED
"It’s weird, and it’s hard to understand how it got there," he said.

"It was the closest I got to a birdie all day."

He believed the duck flew away from its nest for a moment, allowing the ball to "trickle in".

The duck was relatively placid about the situation, and appeared to be "just as surprised as I was".

Fellow golfers at the Whitestone Cheese Classic tournament agreed Mr de Buyzer could remove his ball from the nest, and play his shot from a short distance away, without forfeiting a penalty.

However, the incident "disoriented" his game for the rest of the day, he said.