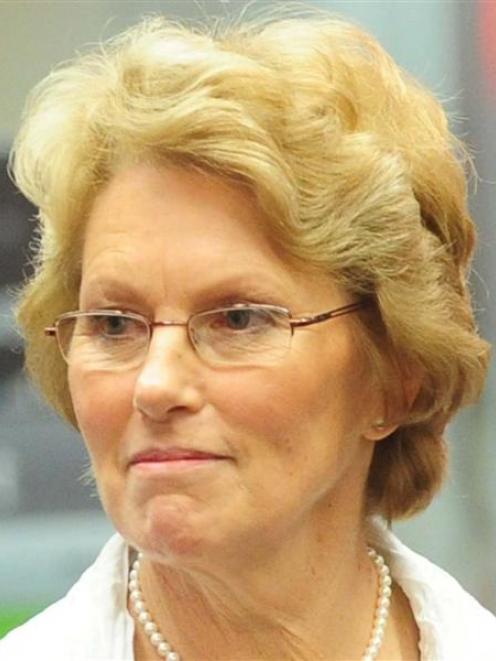 Lesley Elliott.
Two Oamaru schools have been selected for a healthy relationships pilot programme run by the Sophie Elliott Foundation.

Waitaki Girls' High School and St Kevin's College are among nine schools taking part from this month, ahead of a planned national rollout next year.

Loves Me Not is a one-day course for year 12 pupil and involves police, the ''It's not OK'' campaign team, social agencies and teachers.

Its focus was identifying differences between healthy and controlling relationships to prevent violence. Sophie Elliott was stabbed to death in 2008 by Clayton Weatherston at her family home in Ravensbourne, Dunedin.

Sophie's mother and foundation co-founder Lesley Elliott said the multi-agency pilot was an exciting step for the foundation.

''I firmly believe that if Sophie had a programme like this in her final years at school, she would have known when things went wrong in her relationship. I know that getting this programme off the ground is what Sophie would have wanted.

''We estimate that over 70 women have been murdered at the hands of their partner or ex-partner since Sophie's death - there is still much to do to protect our nation's daughters.''

Mrs Elliott has presented ''Sophie's story: What we missed'' to secondary schools and community meetings over the past two years. Waitaki Girls' High School principal Tracy Walker said Mrs Elliott's talk to the school last year attracted much positive feedback from parents. An information session for parents would be held before the one-day programme.

St Kevin's College deputy principal Kerry Ryan said the pilot was a ''golden opportunity'' to be at the forefront of a likely nationwide rollout. Asked if its themes could be difficult for some pupils, he replied he was impressed by the professionalism of the foundation's approach.

''It is dealing with some meaty issues, but it's no more meaty than what [pupils] see on television news every night.''

The pilot, to be evaluated after it finishes later this year, was based on an Australian idea. The foundation would need to raise funds for a nationwide rollout, it said in a statement.