Eye on the universe reopening after five years

By Daniel Birchfield
0 Comments
What  is the next thing to seeing the universe from above? Getting the best view from the ground, of course.

After five years, people in Oamaru will again have the chance to gaze at the stars from the Oamaru observatory, at a public viewing night from 7.30pm on Friday.

The Stoke St observatory, adjacent to Observatory Village and owned and operated by the North Otago Astronomical Society, was closed to the public in 2013 as a result of the society's dwindling numbers. 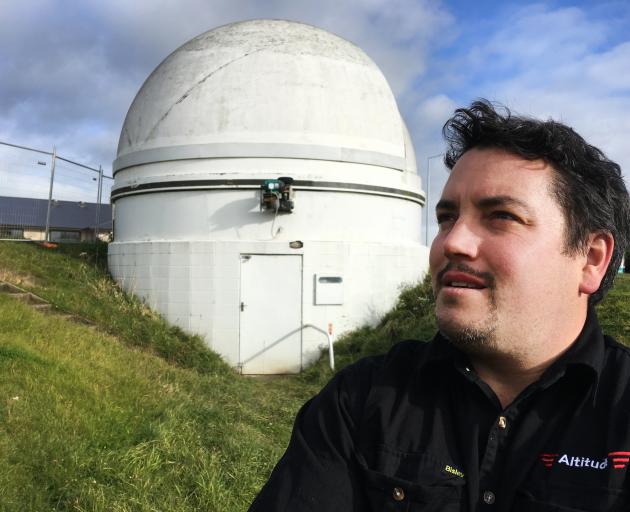 North Otago Astronomical Society president Damien McNamara outside the Oamaru observatory, which opens to the public for the first time in five years on Friday. PHOTO: DANIEL BIRCHFIELD

Since then the observatory had barely been used, society president Damien McNamara said.

However, the society's numbers had now grown to about a dozen active members, which meant the time was right, after a test run, to get the public involved again.

``I think the first observing night would have been a couple of weeks ago. Hans Brienesse [society secretary] and I came up and did a test run. We got the two street lights around it turned off just to see whether it would darken the sky ... it darkened it quite a bit so it's positive.''

Mr McNamara was excited about the prospect of the public visiting the observatory, where a refurbishment project was planned for the warmer months.

Planets, the moon, nebulae and other galaxies could all be viewed using the observatory's six and eight-inch telescopes.

At this time of year, the ``galactic core'' could be seen rising in the east and would be able to be viewed, weather permitting, on Friday.

``You've got Jupiter, Saturn, [and] Mars almost above the horizon, so we'll be able to show people quite a bit and let them know we're here and we're open.''

He said there was huge interest in astronomy in Oamaru, particularly from those of intermediate and secondary school age.

``When it comes to astronomy, unfortunately it's one of those subjects that hasn't been dropped in schools, but it's left out of the curriculum. Classrooms of kids want to know more and want a local avenue to go and learn more ... this is going to be the place.''

It was hoped viewing nights would be held once a month.

The observatory, opened in 1986, came from Mt John Observatory at Tekapo and was originally a United States Air Force tracking station.