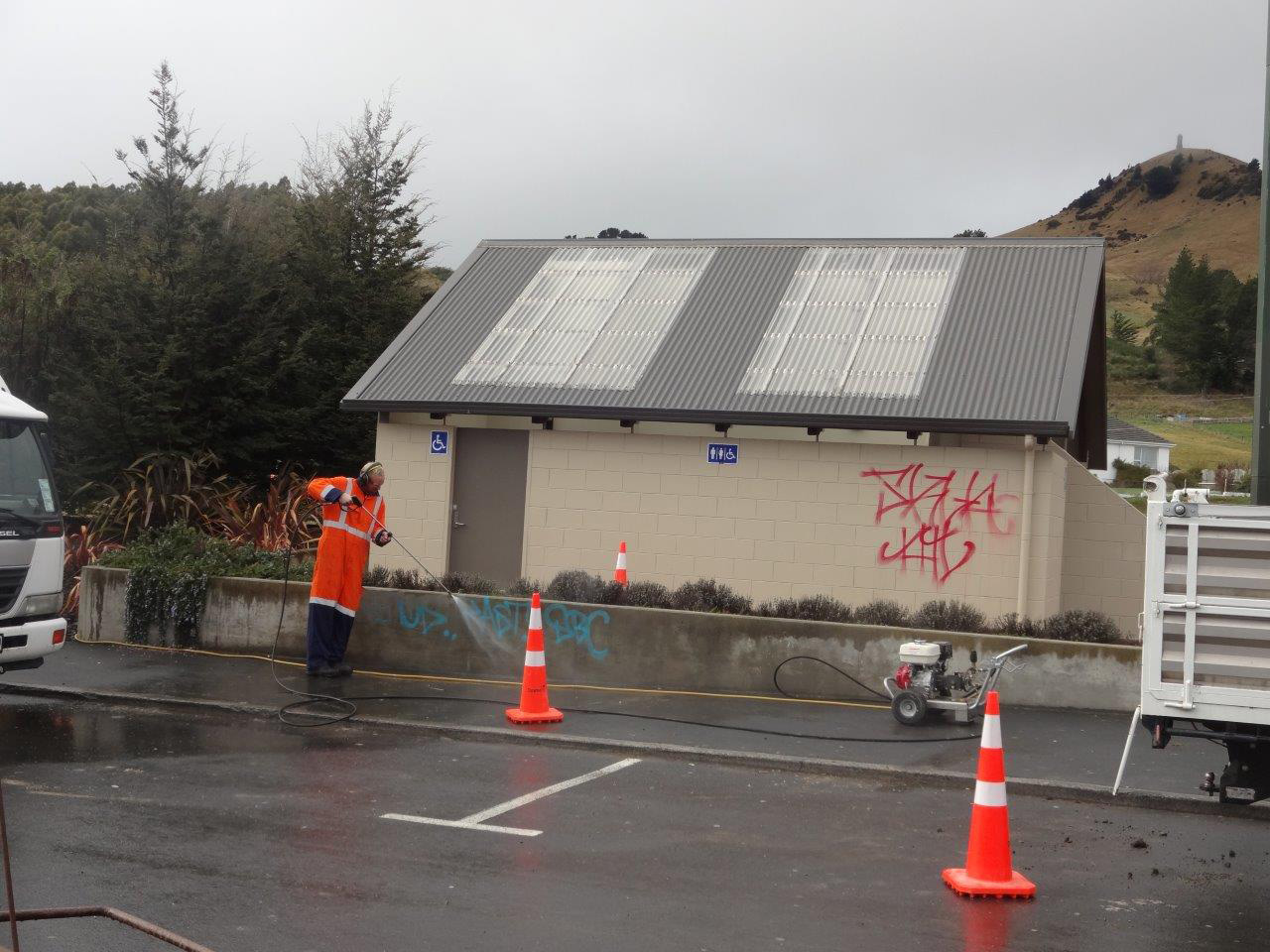 A contractor cleans off graffiti from outside the Palmerston public toilets. Photos: Bill Campbell.
Vandals armed with cans of red and blue spray paint attacked Palmerston on Wednesday night, leaving their mark on the public toilets, a local panel beater’s premises, mailboxes, walls and rubbish bins.

Three Downer staff worked to clear the graffiti using waterblasters yesterday after they were alerted by another Downer employee in Palmerston. 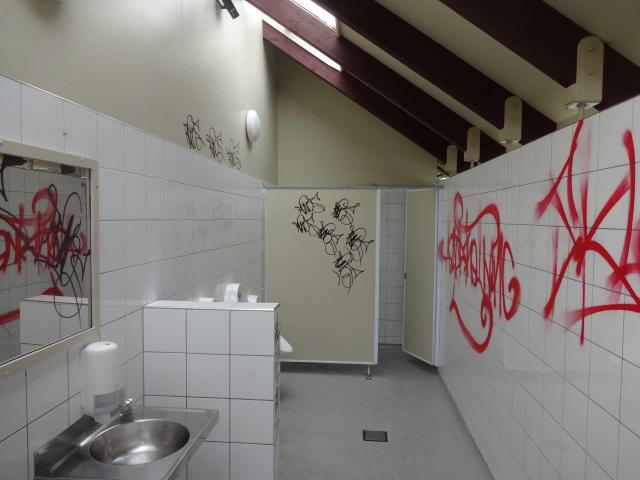 the interior of the toilets.
Palmerston businessman Ron Verzanvoort, from One Stop Panel and Paint, said the graffiti was annoying, but he had been able to remove it quickly from the doors of his business.

A New Zealand Post worker, who would not be identified, said the people putting the graffiti on buildings and letterboxes were "complete morons".

Waitaki District Councillor for the Waihemo ward Jan Wheeler said camera surveillance might be needed in Palmerston to deter people from causing damage.

She had discussed the need for surveillance cameras in Palmerston with Waitaki District Council staff.

The placement of surveillance cameras in Palmerston would need to be discussed with Palmerston residents and with the Waihemo Community Board, Mrs Wheeler said.