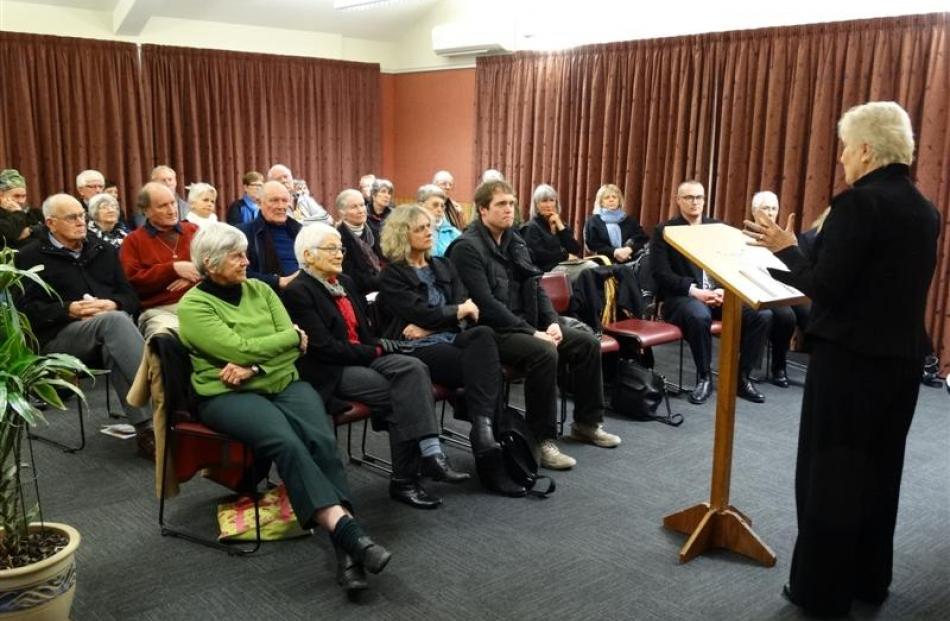 ''We're not going to capitulate,'' was the message yesterday from Waitaki District Health Services deputy chairman Ken Scott over a proposed 5% cut to health funding for the Waitaki district and Oamaru Hospital.

''We will do what we can to support you,'' she said, adding it was ''a fight worth fighting''.

She told medical, nursing and hospital staff at Oamaru Hospital her visit was to ''find out and hear what is happening''.

What she heard was the hospital was providing quality health services close to the people who needed them, and was not going to give them up.

''The [Waitaki] board has made it clear we cannot take a cut,'' Mr Scott said.

''We are very efficient here, we operate within budget and we have already absorbed [funding] cuts over the last two or three years.

''We are not prepared to give services away for our people.''

At the same time, Mr Scott had some optimism over funding after the sacking of the SDHB and appointment of a commissioner and two deputies, particularly over commissioner Kathy Grant's appointment.

''We are very hopeful because we feel our case is reasonable and she [Mrs Grant] is very reasonable,'' he said.

He was critical of the national health funding formula and its effects over more than a decade, which had starved organisations of money for so long they became dysfunctional, he said.

The board is continuing to negotiate with the SDHB over Waitaki's funding, and is waiting for the commissioner to visit Oamaru Hospital.

About 2500 people marched on July 5 to protest against cuts.