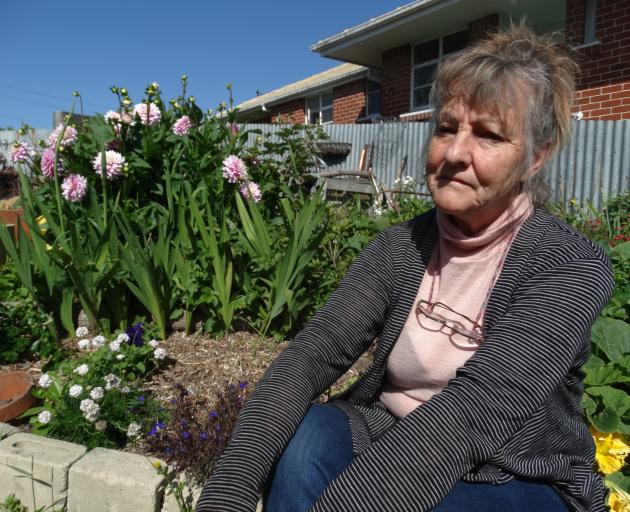 Healthcare NZ support worker Dawn Ellis is concerned jobs in Oamaru may be lost after the organisation recently announced a proposed nationwide staff restructuring. Photo: Daniel Birchfield
A support worker at Healthcare NZ’s Oamaru branch claims staff are under a ‘‘gagging order’’ amid a proposal that could result in jobs being axed.

However, the organisation is remaining tight-lipped on its proposed national organisational restructuring as some of its Oamaru staff and union representatives prepare to protest outside the organisation’s Coquet St office from 12.30pm tomorrow, before a visit to discuss the proposal by Healthcare NZ chief executive Vanessa Dudley the same day.

In a statement sent to the Otago Daily Times yesterday, she said the proposal did not include ‘‘the closure of any of our branches across New Zealand’’ and that there would be ‘‘no changes to either the number of frontline clinical staff and support workers or the work that they do’’.

When questioned about how many jobs were under threat in Oamaru and what roles they were, a Healthcare NZ representative said all details were ‘‘confidential’’.

However, Oamaru-based support worker Dawn Ellis, who worked with the elderly, ill and disabled and others in the community until she recently went on sick leave, believed ‘‘five or six’’ jobs might go.

She criticised how the proposal had been communicated and said staff were ‘‘devastated’’ and felt they had been ‘‘cast aside’’.

Another Oamaru support worker, Gloria Turnbull, claimed staff had been ordered to keep quiet about the proposal.

‘‘The email that went out said we were not allowed to share it. One of our supervisors went on social media and was told to take everything down or she would lose her redundancy payout.

Under the proposal to restructure the organisation, some roles were to be disestablished, others ‘‘realigned’’ and some new roles might be created, Mrs Dudley said.

‘‘Healthcare NZ has experienced considerable growth since its establishment in 1988. Over time, we have added business units, structures and positions to the organisation as new contracts were won and new businesses or services were launched or acquired. We now have a structure that is overly complex and lacking in flexibility, with duplication across the business

‘‘The current funding circumstances facing our business are a serious concern to our board. For years, contractual funding from funding agencies has seen very limited increases; many contracts are now very tight. Efficiency improvements are essential if we are to remain truly sustainable.’’