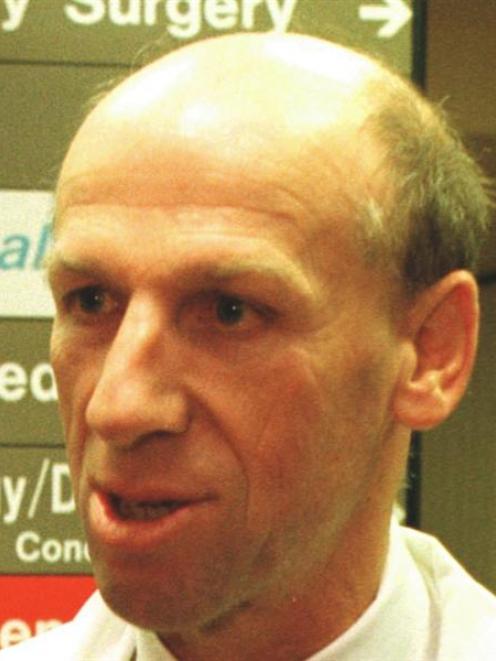 Deputy Commissioner Dr Bruce Gollop.
A cement plant and quarries in the Waiaraeka Valley should not be built because of the significant adverse effects on Waitaha's relationship with the area, the Environment Court was told yesterday.

Both the trust board and Te Runanganui O Waitaha Me Mata Waka Inc oppose the development, while Ngai Tahu, which has been consulted by the company over the project, supports it.

Neither Waitaha organisations believe Ngai Tahu can protect their spiritual and cultural values in the valley, which pre-date Ngai Tahu.

"Waitaha have passionately articulated their relationship with this site and their desire that this inappropriate development is prevented," she said.

Dr Forret said Ngai Tahu and Waitaha were "not actually competing", except to the extent Ngai Tahu supported and Waitaha was adamantly opposed to the development.

The issue for the court was whether Waitaha's special ongoing relationship with the area could be protected if Holcim's resource consents were granted, she said.

Waitaha asserted it had guardianship over the area which encompassed Holcim's land, Dr Forret said.

Judge Gordon Whiting said it appeared there had been no evidence which disputed the special value of the area to Maori.

The court, in the absence of any contrary evidence, must accept Waitaha had guardianship.

"The issue for us is how we recognise and provide for Waitaha values and their association with the land," he said.

Dr Forret said the court could deal with that by declining resource consents.

Te Runanganui O Waitaha Me Mata Waka Inc representative Stephen Bray said it was not his organisation's intention to apply undue pressure or to influence anyone, but to give clear understanding of its concerns and its perspective of the appeal process it had been part of.

"If anyone finds our words harsh or offensive, we apologise; in Waitaha . . . we say how it appears to Waitaha."

He contended the Waitaki District and Otago Regional Councils had failed in their resource consents process to apply the Treaty of Waitangi, Resource Management Act, New Zealand Bill of Rights Act and Local Government Act.

Both councils had implemented and wrongly interpreted that legislation in respect of consultation with Waitaha.

Waitaha values were not tradeable, nor could they be compromised by others.

Only Waitaha after consultation could alter those values.

The proposed conditions on the consents to build and operate the cement plant and quarries did not appropriately resolve the effects on Waitaha without proper consultation on the values, he said.

Dr Forret listed some of the effects on Waitaha as: The physical presence of the plant adversely affecting human experience of the site, making it difficult for future generations to imagine and appreciate the ancient activities and spiritual significance of the place; significantly reducing access which at present was commonplace; artefacts of historical and spiritual significance being uncovered or lost forever; in a spiritual and cultural sense, it was offensive for a large manufacturing and quarrying activity to encompass a sacred area.

> A $400 million cement plant 2.5km from Weston, coal mine, limestone and sand quarries in the Waiareka Valley.

> The Otago Regional and Waitaki District Councils granted 46 resource consents for the plant in February, 2008.