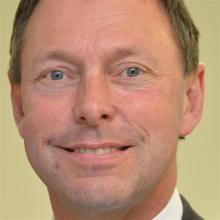 Chris Swann
Continuing the transition from a "specialist to generalist" medical model is to be a key focus for Waitaki District Health Services Ltd over the next serval months, the company’s chairman says.

The Waitaki District Council-controlled health company’s half-yearly report for the 2017-18 financial year was made available this week and showed it was well advanced in the implementation of a concept plan released in August 2017.

It was the first step in changing services after financing from the Southern District Health Board was secured for five years following lengthy negotiations.

Waitaki District Health Services chairman Chris Swann said as part of the plan, a major focus for the next several months would be the continued transition of the hospital’s medical model, which involved doctors being trained in "rural medicine".

"Doctors are trained to deal with operating in a rural environment. At the SDHB [Southern District Health Board], for example, you have access to a lot of specialists. We have access to call on certain services, but a front-of-line doctor in a rural environment tends to be a more of a generalist because they have got to deal with multiple different situations and make decisions around that because they don’t have the same degree of specialisation as a tertiary base or secondary-tier hospital has."

The report said the the company had "intentionally focused" on "rural health medicine specialists".

Waitaki District Health Services reported an operating deficit of $253,017 in the six months to December 31, compared with a deficit of $576,816 in the previous corresponding period.

Mr Swann said the company would post a deficit at the end of the financial year on June 31.

"At the moment cash flow’s a big thing. This is a bit of a transitional year, so we are forecasting to make a deficit. The aim is to keep cash flow to a minimum so we have reserves. We don’t want to use those reserves, ideally, to fund operating losses ... hence the loss."

He said the company aimed to "break even" in 2019.In the six months to December 31, the company received $5.244 million in funding from the SDHB.