By Hamish MacLean
0 Comments
Investigations are continuing into a suspected fuel leak at Oamaru Harbour, which the Waitaki District Council had hoped it fixed about six months ago.

The council relayed a statement this week from Otago Regional Council senior environmental officer Simon Beardmore that contractors would be in the harbour area to resume investigations after "globules of hydrocarbon" had again been observed in the water off the Esplanade.

In October, Waitaki District Council assets group manager Neil Jorgensen said after a sheen covering about 5sqm of water was spotted in the harbour, the excavation of a test patch at a neighbouring vacant waterfront property owned by the council identified "quite a small fuel tank" at the site - a former Shell station - which was thought to be the source of the fuel. 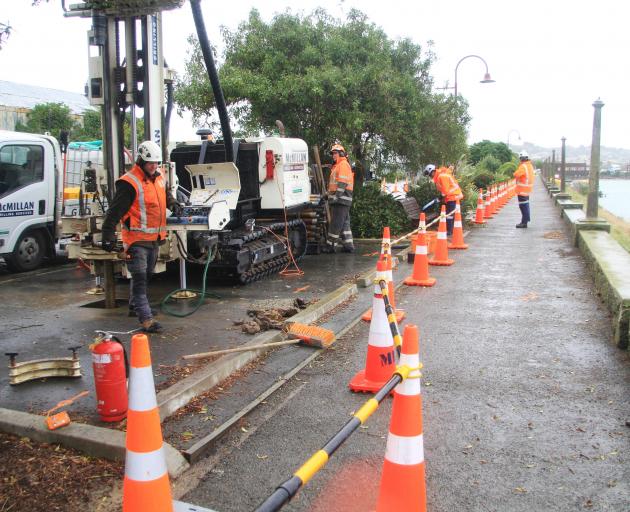 The tank was removed as a precautionary measure.

"It was a very, very small seepage, in the scheme of things, which means it has been quite challenging to find," Mr Jorgensen said at the time.

"At this stage, we'll just be removing the tank and seeing what else we see."

A council spokeswoman confirmed the work in the area this week was related to the same leak and said the council had nothing further to add.

Mr Beardmore said since the end of March the sheen produced on the water's surface had been observed again in similar quantities.

The work this week would include installation of monitoring wells and "non-destructive digging" at the waterfront.

"Under certain tide conditions, globules of hydrocarbon were observed rising to the surface of the harbour, and spreading into a thin sheen before evaporating. Although small in extent, the discharge caused unacceptable aesthetic effects associated with the localised visible sheen and odour. Waitaki District Council and Otago Regional Council were unable to determine the source of the discharge at that time, and it was not observed for several weeks," he said.

To date regional council staff had conducted several site inspections, collecting seawater and sediment samples for laboratory analysis to identify the substance leaking into the harbour, and reviewed the site's history and previous investigation reports for neighbouring sites.

"The current work is an extension of this investigation."