By Kayla Hodge
0 Comments
An array of broken bones and being flown to Dunedin Hospital.

Those are the memories Tim Fellows was left with the last time he competed at the Oamaru Harbour Power Boat Marathon nearly three years ago.

The experienced Otaki driver made one bad mistake, "binned the boat" and when he looked up, the boat fell on him.

It left him with several broken ribs, a broken forearm and a broken boat.

All the safety precautions were in full working order, and when he came to collect his boat later, he thanked the emergency staff who took care of him on the day.

It took 12 months for his body and the boat to get back in shape before he got back on the water, and having the boat racing community rally around was amazing. 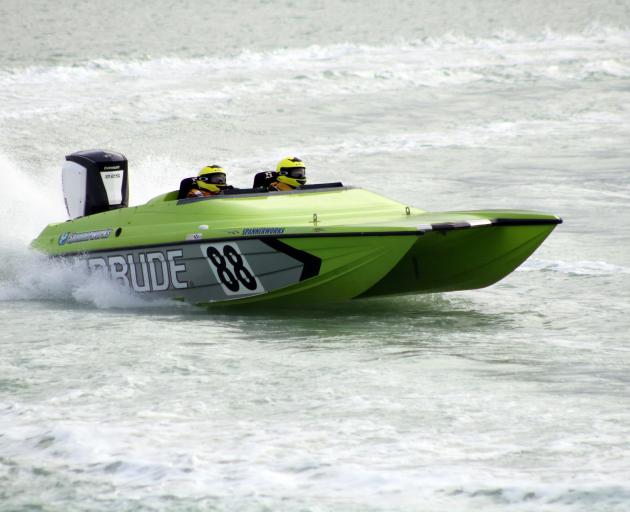 So it is understandable his stomach was full of "butterflies" as he prepared for the race, which was part of the New Zealand Boat Marathon Commission series, on Saturday.

"If you’re not nervous you’re not respecting it. If you’re too complacent it will bite you," Mr Fellows said.

"I’ll be looking forward to safely getting back on the trailer when we’re finished."

Racing in his Stealth 690 Cat boat in the A tunnel grade, Mr Fellows said it was a great moment to be racing back in the ocean alongside new navigator Kevin Ireland.

The team made up one of 15 boats competing in the race with grades from A to G, hosted by the North Otago Yacht and Power Boat Club.

Race convener Gary Story said it was great to have the support of racers from Auckland to Invercargill after the cancellation of last year’s event.

A large crowd of spectators lined up along Holmes Wharf to catch the action throughout the day too.

"It’s a great spectacle for the town," Mr Story said.