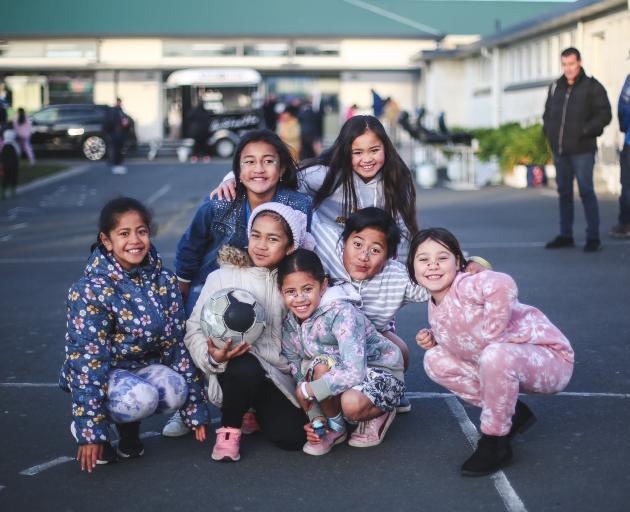 The Oamaru primary school, formerly known as Oamaru North School, yesterday hosted a breakfast for its 102 pupils and their whanau, before pupils performed dances and songs that represented the Matariki stars.

Principal Stacey Honeywill said it was the second year Te Pakihi o Maru had held a community breakfast for Matariki, but this year’s was special as it was the first community event at the school in 2022. Covid-19 restrictions had prevented the school from holding other community gatherings this year.

"It is absolutely wonderful to have our whanau back in the school — we have missed you," Mrs Honeywill said.

"It just warms my heart seeing everyone here."

This year’s Matariki event was bigger than last year’s because the children had learned so much more about Matariki at school. The pupils and teachers had worked "extremely hard" to prepare for yesterday’s performances, and Mrs Honeywill said it was "wonderful" to incorporate Matariki into the curriculum.

"We’ve sort of stepped it up a notch this year, because the kids have had a whole lot more learning around it," she said.

"And we wanted to make it quite an event to bring our whanau back into the school."

Te Pakihi o Maru pupil Tevita Fangupo (9) said he had enjoyed learning about the stars of the Matariki cluster. Waiti watched over freshwater, and Waita, Waiti’s twin, saltwater, Tevita said. "We used the computers to learn more stuff about [Matariki]."

Tevita’s class performed songs with actions for each star.

About 100 people gathered at Lookout Point on Makotukutuku (Cape Wanbrow) yesterday for a glimpse of the Matariki star cluster in the early morning sky. Under the guidance of Maori astronomy expert Victoria Campbell the group got to watch two shooting stars in the chill morning.