0 Comments
One of North Otago’s memorial oak trees, a living memorial to those killed during World War 1, was felled in Severn St in Oamaru yesterday afternoon after part of the  more than 100-year-old tree snapped in high winds.

A section of the road, a section of State Highway 1, was closed to traffic in both directions for about 10 minutes  as a safety precaution while the tree was cut down by a crew from Downer.

A Downer contractor said branches from the tree would be turned into mulch. The trunk was removed by truck late in the afternoon.

The Memorial Oaks project is the only example of its kind in New Zealand.

The tree that was felled was planted in memory of Trooper A.C. Burt, who died at Gallipoli in 1915. 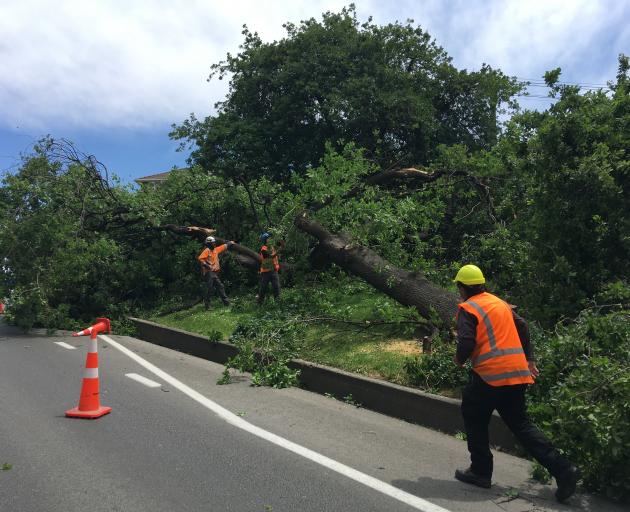