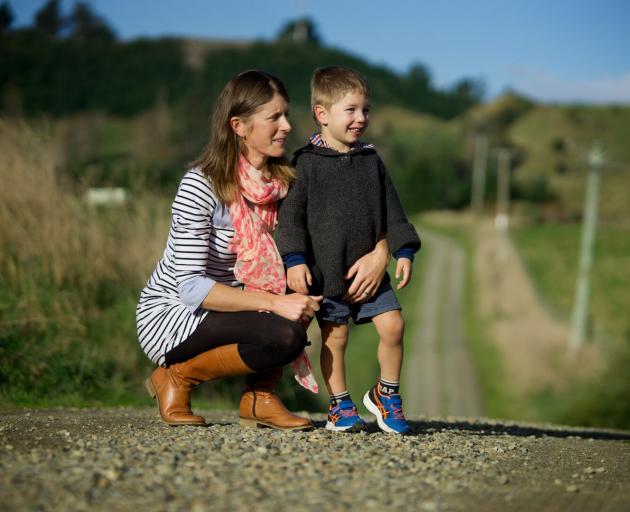 Nadine Tomlinson and son Angus (3), who both died on the family farm. Supplied via NZ Herald

Police have this afternoon named the mother and child who died in a tragic tractor accident on a rural property near Dunback, inland from Palmerston on Sunday.

Nadine Tomlinson (33) and Angus Tomlinson (3) died after she was believed to have lost control of the tractor and trailer unit she was driving and drove into a reservoir.

Constable Nathan Bobbette, of Palmerston, said both bodies were recovered about 2.30pm.

He said there was no suspicious circumstances surrounding the deaths and that Worksafe was investigating.

A Dunback woman who did not want to be identified said she knew the woman and her family.

They were "lovely", "really hard workers", and "really nice people", she said.

"It's terrible, it's really terrible."

It was the second tragedy to strike the Dunback farming community in the last few months, the woman who knew the family said.

Palmerston farmer Craig Porter died on a Dunback property in June, after his ute rolled. The vehicle's other occupant sustained serious injuries.

Mrs Tomlinson, along with her husband, farmed a finishing operation on about 400ha in East Otago, under both irrigation and dryland, as part of a family farming operation.

She grew up on a sheep and cropping farm at Clinton and completed an agriculture degree at Lincoln University.

After shepherding in the North Island for several years, she headed overseas for her OE.

On her return, she joined Ballance Agri-Nutrients as a field consultant.

She moved to East Otago with her husband where the couple started a family.

She and her husband were part of the Otago-based Red Meat Profit Partnership Action Network, which is aimed to help farmers put their ideas into action on-farm.

"It's just a terrible tragedy.

"People are very upset that two people have lost their lives.

"You should be safe at work.

"The feeling in the hotel last night was sadness that two people from the area have lost their lives.'' 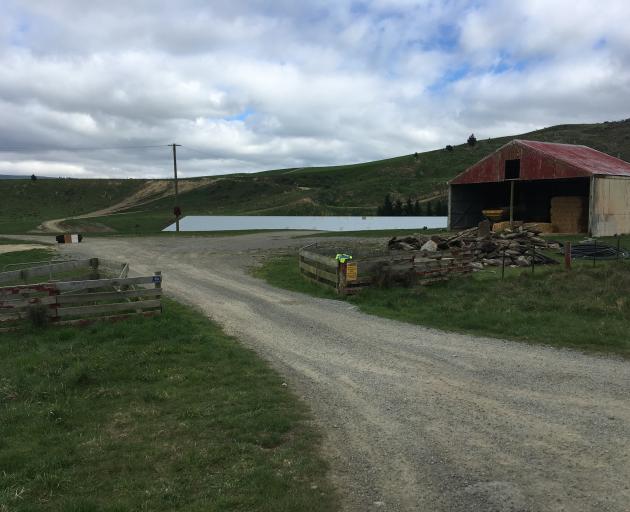 Police are investigating the deaths of a woman and a 3-year-old child at a farm near Dunback. Photo: Daniel Birchfield

The bodies of a mother and her 3-year-old son - whose tractor slipped into a North Otago reservoir yesterday - have been recovered.

The woman was driving a tractor and trailer when it slipped into the reservoir on a rural property in Waihemo near Dunback-Morrisons Road.

A family member said the police dive squad recovered their bodies a short time ago.

He said the woman was a very careful driver, but police were continuing to investigate the incident.

He said the family's emotions were raw after the deaths and they have requested privacy.

Federated Farmers Otago has promised to look at providing assistance to the family.

President Simon Davies said they would make inquires in regards to offering support and assistance.

He said the deaths would have come as a massive blow to the community.

"It''ll be a shock. It'll be a big shock to them. They'll be coping with grief, that's what they'll be doing. I would expect as a rural community, they'll rally round and support each other."

Federated Farmers national president Katie Milne said it was too soon to consider calling for changes to regulations involving farm machinery and children, and said children had always helped out on the farm.

"Kids are on farms - it is part of the fabric of rural New Zealand, that our kids can be out there with us. But this is a completely different sort of tragedy than we normally would expect.

"Any one of them is terrible. We don't want any, but inevitably from time to time we do have to face them."

The incident was the second to happen on a rural property in a short space of time yesterday, after an 11-month-old fell in to a water race on a property in Rolleston, just outside Christchurch.

Police said the drowning happened about 4pm, with the child being taken to hospital with critical injuries and later dying.