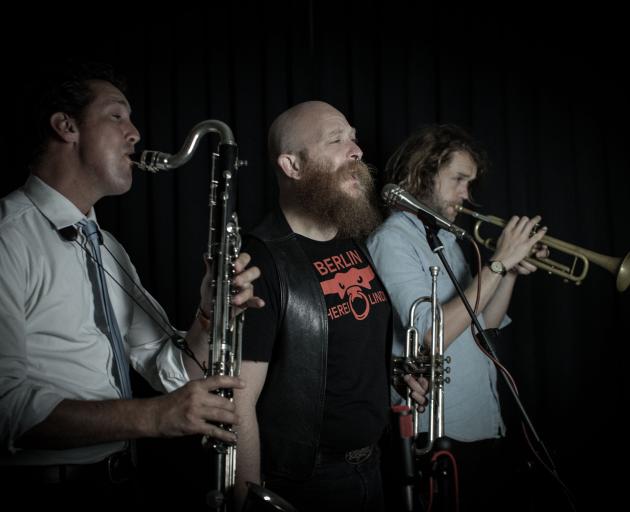 Hopetoun Brown duo Nick Atkinson (left) and Tim Stewart’s upcoming Oamaru Opera House concert with Finn Scholes (right) is doubling as a fundraiser for the victims of the Ohau fire. PHOTO: SUPPLIED
When Hopetoun Brown and Finn Scholes were approached about turning their coming Oamaru concert into a fundraiser to help victims of the Ohau fires, there was no hesitation.

"It’s a great opportunity to do something to help."

The musicians were already set to perform in Oamaru on Tuesday night as part of their national tour.

Proceeds from the concert, after fees had been covered, would go to the fund, as would money raised from raffles on the night, Oamaru Opera House director Frances McElhinney said.

The Waitaki business community had been "hugely supportive".

"We really hope people will come and support it — and Hopetoun Brown are such a great band."

Complimentary tickets for support and emergency workers involved in the fire were available, and Mrs McElhinney hoped they would take up the offer.

The mayoral relief fund was set up for members of the public to give to those affected by the fires. The Government had contributed $100,000 and a further $110,000 had been raised, including a "significant" gift from Meridian, Waitaki Mayor Gary Kircher said.

"It’s going to be a fantastic night . . . and people will leave, I’m sure, having been entertained really well, but also knowing that they’ve helped some people who have been seriously impacted by the fire," he said.