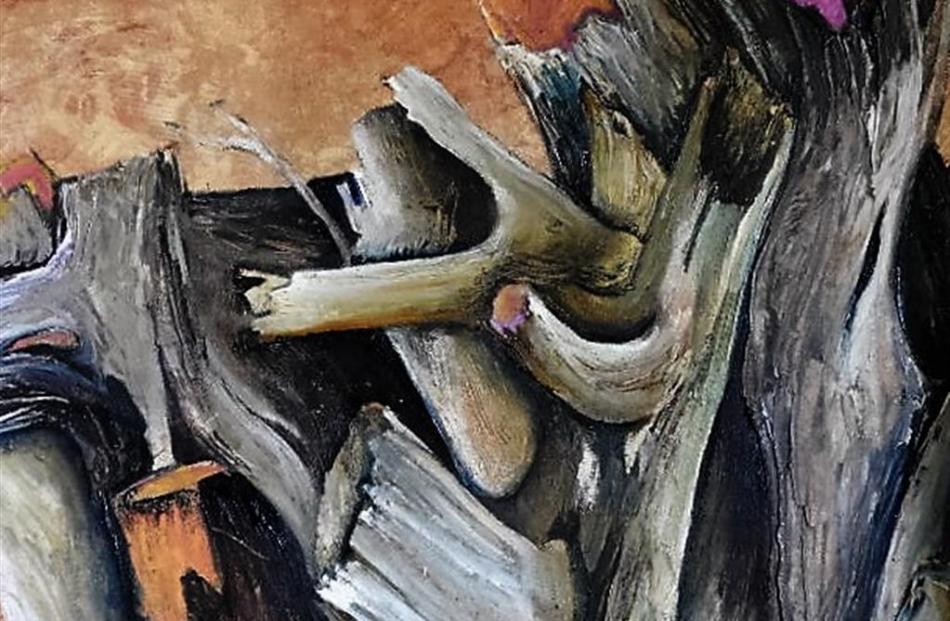 An example of work (above) of artist Joanna Tokona. Photos supplied. 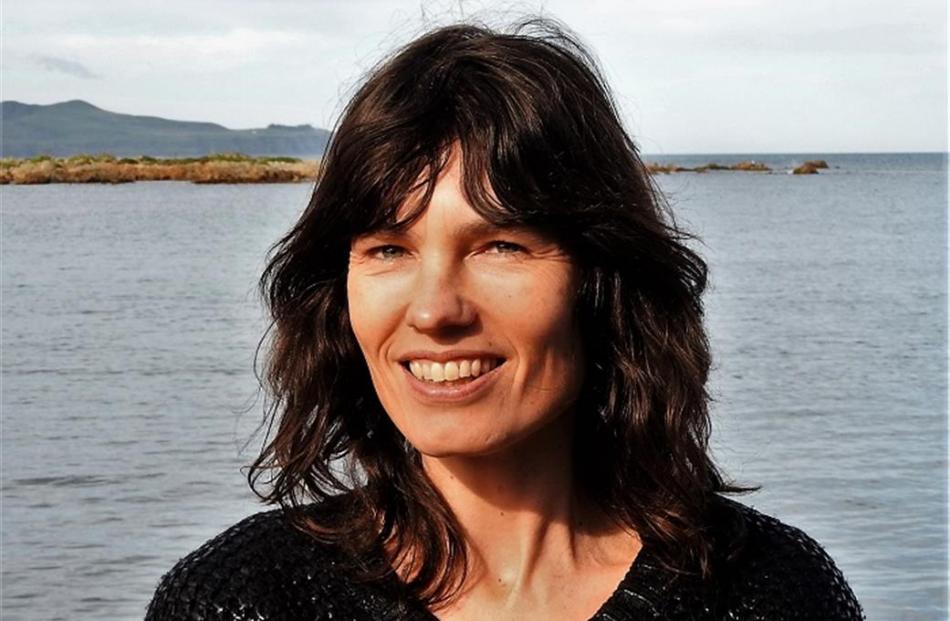 What protection and comfort is offered by nature as it jars against dairy expansion in the township of Ngapara is explored in an exhibition at Oamaru's Forrester Gallery.

Ngapara artist and Waitaki Boys' High School head of art Joanna Tokona is to give an artist talk on her latest show on July 19 at the gallery.

Using her latest work that captured her home and its surrounds, she wanted to get people thinking about their environment and how they engaged with it.

"Everyone is always glued to their cellphone and computers.

"They're missing out on everything.

"It's about your connection with the environment.''

She said the exhibition was, at its core, about the home she shared with her husband, in Ngapara.

The couple previously lived in Karitane with their children, who have since both left home.

They kept a couple of sheep at the property that was flanked by "giant'' macrocarpa trees.

"There's a lot of shape.

"It feels quite comforting being there.''

But she said the rural paradise she loved was negatively impacted by the expansion of dairy and that was what she hoped to drive home with her work using oil paint and oil pastel.

"It's about what we envisage as the spirit of the place.

"Unfortunately, all around the outside is dairy farming and it's gone a bit nuts, so it's our little haven and it's surrounded by revolting smells.

The work would appear on a mix of board, canvas and wallpaper.

She said her art was generally influenced by the environment and she believed that was triggered by early experiences.

"I was one of six kids and to have time to myself I'd go and climb a tree.

"We used to live next to a poultry farm and that was just a way to escape.

"There were always trees around.''

Mrs Tokona was first introduced to painting when she was 7 years old at a school in Wellington.

A nun who taught her created a painting competition and offered a book as the reward.

Mrs Tokona won the competition and thought if she could take prizes home with a skill she enjoyed, then why not pursue it.

"I don't remember the prize.

"I just liked the feeling. I wasn't really that into art prior to that day.''

The exhibition "Living in Ngapara'' will finish on September 4.