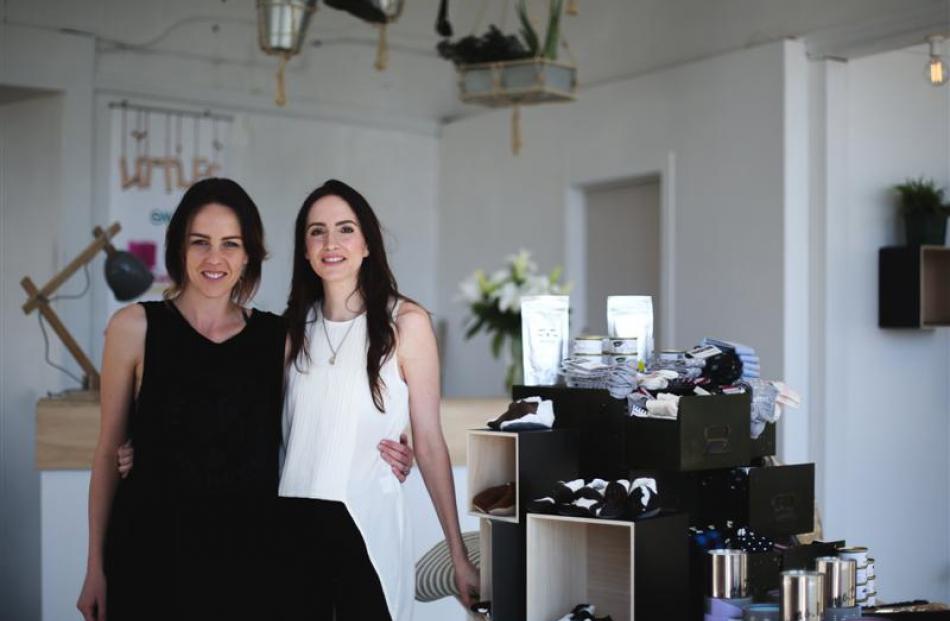 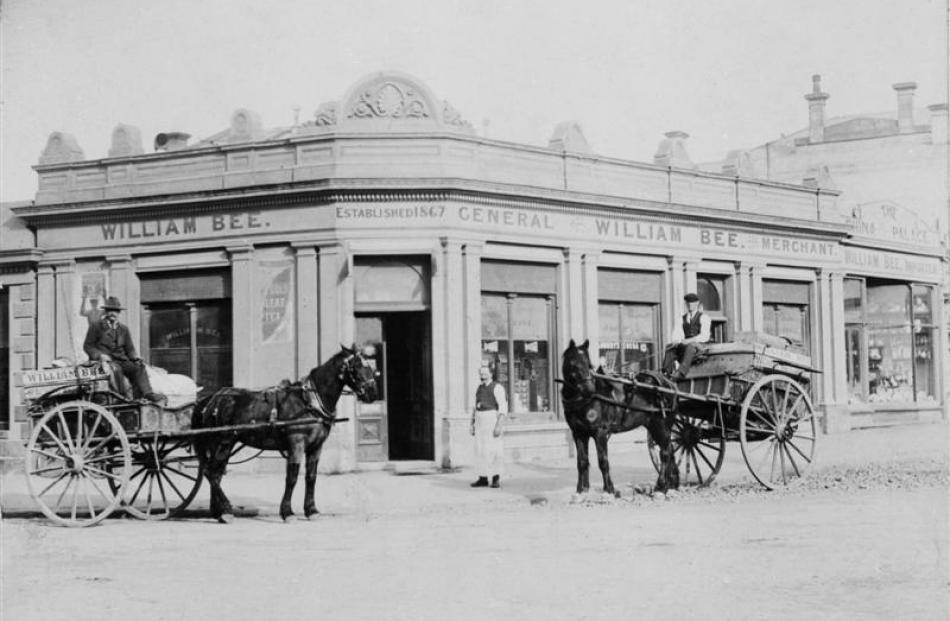 More than 137 years after it was built, a historic building in Oamaru's Victorian Precinct is getting a new lease on life.

Sisters-in-law Sarah Jennings and Anneke Stevens have launched their new business at the corner of Itchen and Tyne Sts.

The building originally served Scotsman William Bee, who traded as a wholesale and retail grocer, and wine and spirit merchant.

Paying tribute to the history of the category 2 listed building, they have named their modern giftware store William Bee General Merchants.

In two years of business, they outgrew their warehouse in Oamaru's Wear St, and William Bee General Merchants came about in their search for a larger space.

The previous tenant of the building, Enterprise Beads, was moving out and the opportunity to sell their clothing range,

as well as other New Zealand and Australian brands, from a prime location, resulted in the space becoming much more than just a warehouse.

The partners were handed the keys in August and spent about three months transforming the building into a giftware store, as well as an office space and warehouse for Moke Apparel.

Both women grew up in Oamaru, but Mrs Jennings left aged 13 when her family moved to China and she spent her teenage years in Shanghai.

She came back to New Zealand to study marketing, management and Chinese at the University of Otago, then in 2010, she returned to China to work at the Shanghai World Expo, in the New Zealand Pavilion.

''Then I came back [to Oamaru] and that's when we came up with the idea [of Moke] and it all went from there,'' she said.

Mrs Stevens has a bachelor of design qualification from Otago Polytechnic and a background in retail, working at Soul Surf and Skate and Housekeepers Design in Oamaru.

She also spent time in China, before settling down in Oamaru again with husband Blair.

Both women said it was ''great'' to be back in Oamaru and they were excited about the future of tourism in the town.

They have hired one part-time staff member and plan to be open seven days a week, in the summer, from 10am until 8pm.

''There are so many people around, and it's nice for them to have something to do,'' Mrs Jennings said.

''Because we have the Moke office right here, we're here anyway for that, so it's actually perfect.''

Having lived in China for 10 years, Mrs Jennings said she had an understanding of what Chinese tourists would like to buy in New Zealand.

She was treated ''so well'' growing up in Shanghai and she hoped William Bee General Merchants would give her a chance to help Chinese tourists feel comfortable in New Zealand.

''I think it'll be nice, also, to be able to speak Chinese when they come in, and they don't speak English, to converse and make them feel comfortable,'' she said.

Both mothers with young children, they are also stocking baby products which could be hard to find in Oamaru, they said.

They are loving their new space, on such a ''vibrant'' corner.

''A lot of locals [have been] coming in and saying what a change it is and it's nice to see something vibrant and fresh and happening,'' she said.