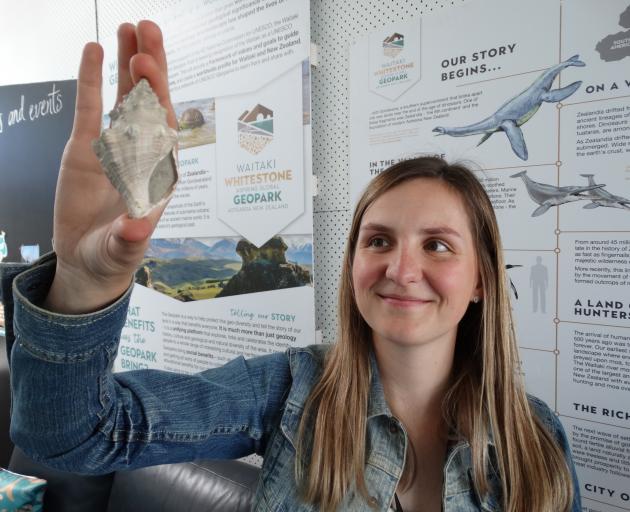 The shop opened in lower Thames St yesterday, and offers a glimpse into the district’s geological past.

Waitaki Whitestone Geopark Trust geopark co-ordinator Lisa Heinz said it offered a comprehensive overview of Waitaki’s geological features, as well as how they fitted in to the geopark, if the district gained Unesco accreditation, possibly this year.

"It’s kind of a mixture of an information centre of what the geopark is and what you can do in the Waitaki, and a mini museum. We have a fossil collection here that we [have on loan] from the North Otago Museum that people can come and have a look at, and a microscope from the North Otago Rock and Mineral Club to look at diatoms."

The attraction was primarily designed for Waitaki residents who might have questions about the geopark.

Trust geoeducator Sasha Morriss said Waitaki was home to a "huge variety of geology", from schists and greywacke to fossils or marine life, such as the shark-toothed dolphin and baleen whale, which could be found inland from Oamaru.

They dated from a period when much of the district was covered by a "wide, shallow warm sea".

She said the Waitaki River was a key geological feature, as was erosion along the Waitaki coast.

"It’s a great place to come and learn about geology. There’s a lot to look at on the surface and consider below the surface as well."