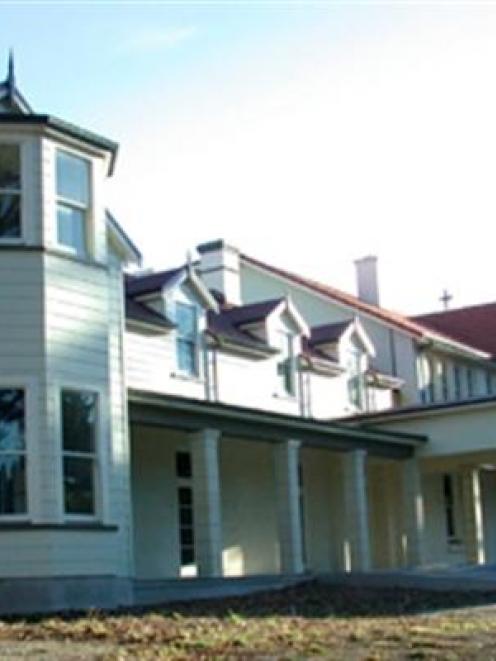 John and Joy Murdoch became unconditional owners of the 29ha property, near Kakanui, earlier this week, just days after selling their Hampden farm.

Mrs Murdoch sees it as a wedding, conference and functions venue, as well as a a training centre for the standardbred horses they race.

Teschemakers was formerly a boarding school run by the Dominican sisters. In 2000, it was sold to a Japanese businessman, the late Dr Hirotomi Ochi, for about $500,000. He planned to turn the school into an international health sciences centre.

The interior of the former convent was badly damaged by a fire in June 2003. The convent was redeveloped, but Dr Ochi died in 2005 and Teschemakers was put on the market.

Mrs Murdoch said their interest in the property started about two years ago, when they went to a wedding at Castle Claremont in Timaru.

"We were talking with friends about what a great venue it was and they said Teschemakers would be ideal as a wedding venue."

They looked at Teschemakers, but could not do anything until they sold their Hampden farm.

On Friday, February 4, the farm sale went unconditional and by Tuesday night, they owned Teschemakers.

They move in on June 1 and "then there will be a lot to do".

"We have a lot of ideas, but until we get there, I don't know that we can do a lot," she said.

They hope the chapel altar, subject to an Environment Court application over its removal to a Dunedin church, will stay. They own the chapel, but the chattels are owned by the Dominican order.

"It is the heart of the chapel," she said.

They hope to use the chapel as part of the wedding venue.

The sale was through Southern Wide Real Estate. Agent Barry Meikle was pleased the property had gone to North Otago buyers. While it had been on the market since for some time, through several agents, there had "been a flurry of interest recently".

He would not disclose the sale price.

However, the property had a rateable value of $2.8 million.