An Oamaru group’s plan to open a movie theatre in Harbour St has been shelved, but they are offering people a night at the flicks in a different setting.

The public can vote for their preferred movie on the group’s Facebook page – choosing from American Graffiti, The Hunt for the Wilderpeople and Across the Universe – and it will be shown on the youth council’s 6m-wide inflatable screen, which will be secured in place by cables and weights, and the audio beamed to vehicles through their radios, on June 20.

Up to 50 vehicles will be allowed to enter the Oamaru stone quarry in Airedale Rd for the screening, which Mrs Rohrbach said was a way to bring the silver-screen back to Oamaru in some form.

“We have been looking into bringing movies back to Oamaru for quite some time and now we know someone is going to reopen the Limelight Cinema. There are other opportunities to live our passion and the community’s passion in the meantime, before our movie theatre is going to be reopened.

“After lockdown we felt the community deserved a special treat a 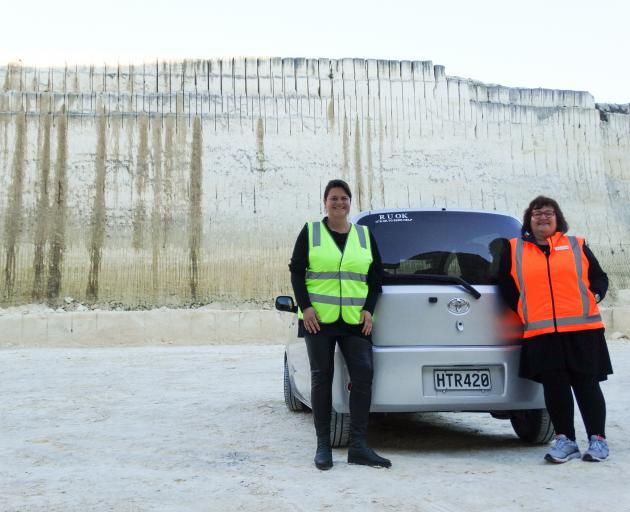 nd drive-in movies seemed a good opportunity to bring something exciting and a bit of fun and happiness back to Oamaru.

“The next thing was where would we do that? You need an enclosed space ideally . . . I thought of the quarry.”

“I thought got a vision’ and said I think it’s great. It’s something different for the community.”

She was also excited to have the chance to work with the youth council, which has held outdoor movie nights in the past.

“That will be the special part of the project – different groups working together on a community project.”

Youth council chairwoman Emma Borrie said it was “awesome” to be involved in the project.

“It’s such a great idea . . . previously youth council has done some outdoor movies, so the drive-in adds something and allows for social distancing, especially when people are still nervous about it.”

Mrs Rohrbach said whether another screening would take place would be determined later.

Tickets were available from Friday 12 and more information is available on the Bigger Picture Oamaru Facebook page.

The group announced in September its intention to open a cinema in the town, which has been without one since Limelight Cinema closed in October 2018.

It had secured a lease at the former Oasis building in Harbour St, but had since decided to pull the pin on its plans after it was confirmed in early March by Limelight building owner Gerard Auckram that the building had been leased to the owners of another South Island cinema.

He confirmed this week the lessees were still committed to the opening, which was originally planned for September or October, but had been delayed due to Covid-19, a lack of upcoming releases and the availability of contractors to install equipment.

Mr Auckram planned to meet his tenants, who wished to remain anonymous, in a “couple of weeks” to discuss a possible opening date.