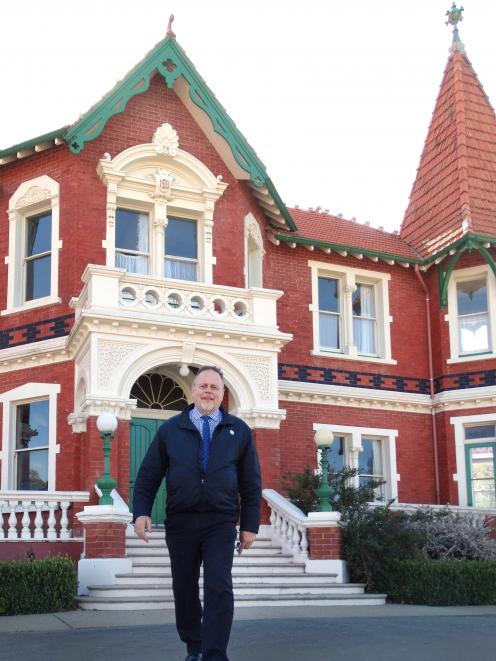 St Kevin’s College deputy principal Kerry Ryan is moving on from the school to take up a role at the Ministry of Education in Dunedin. PHOTO: DANIEL BIRCHFIELD
A school leader who has taught through war, a tsunami and fires is saying goodbye to the Oamaru school he calls his family.

St Kevin’s College deputy principal Kerry Ryan announced his resignation this week, after 16 years at the Oamaru secondary school, to take up a position at the Ministry of Education in Dunedin as a principal adviser for transitions.

He is the second leader to leave the school this year, after principal Paul Olsen announced his resignation in June, to take effect at the end of the year.

Mr Ryan said he was at a career junction, and the new role was a ‘‘tremendous’’ opportunity, but he had mixed feelings about leaving St Kevin’s.

‘‘I love that school. I feel very deeply embedded into the place,’’ Mr Ryan said.

‘‘We always call ourselves Kevinians, and I feel like I’m a Kevinian, that’s for sure.’’

One of the main St Kevin’s values was whanau, and Mr Ryan thought of the pupils and staff as his family.

‘‘You join St Kevin’s and you join a family. I genuinely believe that, and that’s how I’ve always operated in the place.’’

International teaching was exciting but nothing could have prepared him for his experience.

He taught during the Gulf War in Saudi Arabia, the burning of Kalimantan forests in Brunei, and the 2004 Indian Ocean earthquake and tsunami in Thailand.

‘‘We had something happen in every one of them.’’

In 2005, Mr Ryan joined St Kevin’s as the head of science; he later became the year 9 dean, and moved into the deputy principal role 10 years ago.

He was proud of the school’s native plant projects, cycle tracks, and new science and technology blocks.

‘‘The school is in a better way I feel on my departure, so I feel in a way I’ve contributed to that.’’

Mr Ryan finishes at St Kevin’s on September 24, and will move to Dunedin for his new job.