Under the trees at Parsons Rock, about 700 motorcycle riders sort out their campsites late on Saturday afternoon. Photos: HAMISH MACLEAN
The response to the inaugural Waitaki Valley Motorcycle Rally - dubbed "Thunder in the Valley" - was "pretty massive". 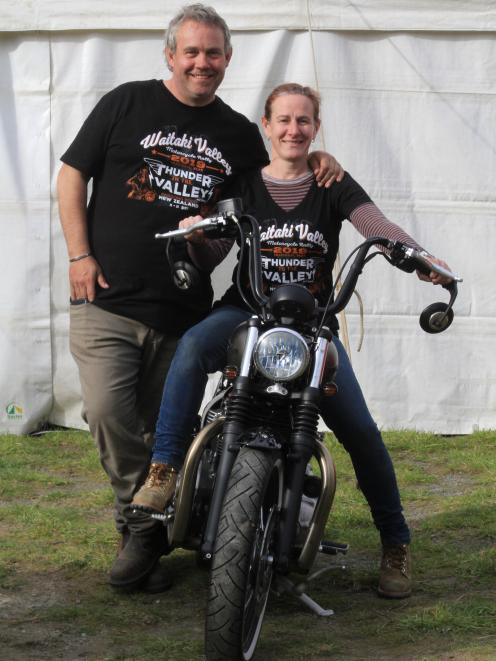 Rally co-organisers Brent and Kirsty Cowles find a little time to relax after three busy days setting up for the the inaugural Waitaki Valley Motorcycle Rally on Saturday.
Waitaki Valley Motorcycle Rally organiser Brent Cowles, of Otematata, said the host Waitaki Valley Recreational and Boating Club had hoped for between 300 to 500 enthusiasts to turn out to Parsons Rock at Lake Aviemore for the two-day rally, but by 4pm on Saturday there "well over 700" and bikers were still arriving.

"We didn't dream it would be this big," Mr Cowles said. "It's blown us away."

The event's timing - on the second Saturday of spring - was due to the fact it was the last weekend before the Waitaki District Council-owned campground at Parsons Rock became open to the public for the camping season, but also, because there had been a three-month break after winter's Brass Monkey, in Central Otago, the Waitaki Valley Motorcycle Rally was in effect the first motorcycle rally of the season.

And with an idyllic, relatively central location, it had proven popular. 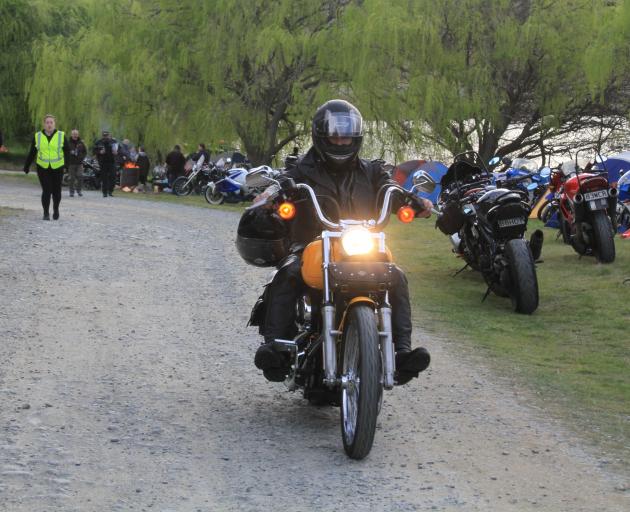 A rider arrives at the rally.
The club's charter is "to give everything back to the community", including scholarships for local youth, but Mr Cowles called the support from the community "humbling".

And the increased traffic - people going for rides, getting lunch - was good for the valley.

"There's bikes everywhere," he said. "What people come here for is to ride their bikes and explore new bits of the country - and it's a stunning piece of the country up here, isn't it?" 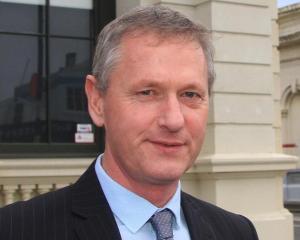