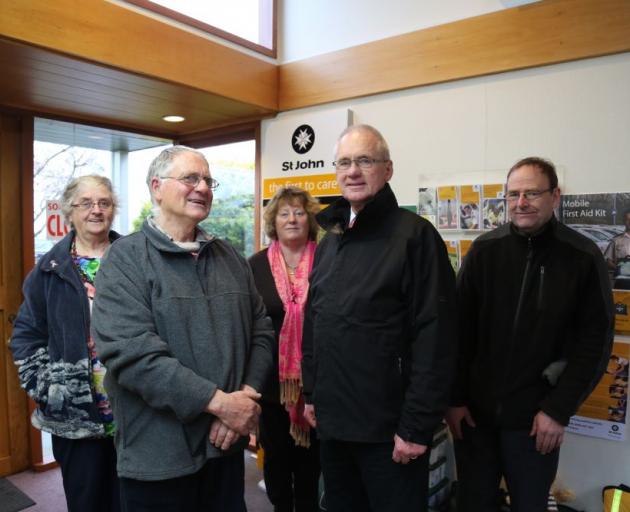 Warren Crawford helped to establish the Ratepayers Association 10 years ago with an aim to provide a voice for ratepayers in the district - particularly Oamaru ratepayers - who had not had such an organisation for decades.

''Ten years ago, there were a fair few issues, Forrester Heights was a huge issue, and Mark Lester and myself set up the ratepayers group,'' Mr Crawford said.

Mr Crawford served the first three years as vice-chairman before becoming chairman, a role he has held for the past seven years.

Now, aged 70, he said that he was ''getting a bit grey in the hair to be getting into an argument situation''.

At the group's peak, about 40 people were involved, Mr Crawford said.

''We've had a few battles, we've had a lot of speakers along and we've made, I think, some good inroads in getting the council to keep rates down and to do things that they wouldn't normally do,'' he said.

''We've tried to get through to the council and, overall, I think we've done a good job.''

With a sense of sadness, the group decided to wind up at a meeting on May 11 after a steady decline in members attending monthly meetings.

''It's sad to see us go, but I think it does a cycle and I think the ratepayers side of it ... is only in recess, it could come back again,'' he said.

St John Oamaru area chairman Terry Kent thanked Mr Crawford for the donation of more than $600 and for the work the group had done for the community.