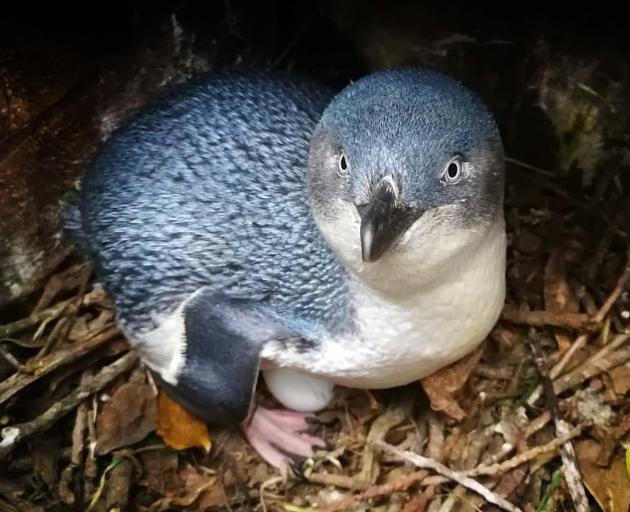 Oamaru Blue Penguin Colony science and environmental manager Dr Philippa Agnew said while the number of birds returning to the colony last month was "quite low" on occasion, and the expected August spike in egg laying had not come about, September was proving productive for the colony and there remained a chance the colony would eclipse its record of 189 breeding pairs.

The growth of the colony was measured in the number of breeding pairs, she said, and for the past two seasons staff had recorded 189 breeding pairs, but with a long-term average growth of 9% that record was expected to fall, eventually.

"They [Oamaru's little penguins] seem to be really sensitive this year to turbidity, to that murkiness that happens occasionally after a big storm," Dr Agnew said.

"We've had a few periods of time this winter where we've had that really massive swell where normally we wouldn't think anything of it, but it's caused a drop in the numbers coming ashore. That's happened twice in the last couple of months."

The turbidity probably meant it was harder for the birds to find fish so they spent longer at sea than they would otherwise, and were not at the colony laying eggs.

There were 43 breeding pairs at the colony at the end of August. That climbed to 87 in the first week of September, and to 118 last week.

But in 2017, by this time there were only 86 breeding pairs. That year was still a record year, as staff recorded 189.

Last year, the colony was on track to break that record with 134 breeding pairs in the second week of September. However, due to a large storm in the third week of November, the birds' breeding dropped off sharply and again the colony reached 189 breeding pairs.

Birds would continue to lay eggs, adding to the number of breeding pairs, until December.

"We might still achieve it this year - because there are still a lot of birds around that haven't started breeding yet."

For the second consecutive year, the Oamaru Blue Penguin Colony has been named a finalist in the New Zealand Tourism Awards.

The other finalists for the Department of Conservation Conservation Award are Auckland Whale and Dolphin Safari, Auckland Zoo and Black Cat Cruises, of Akaroa.

Dr Agnew said all the staff at the colony were proud to be recognised as finalists for the second straight year.

The winners in 11 categories will be announced on October 24.