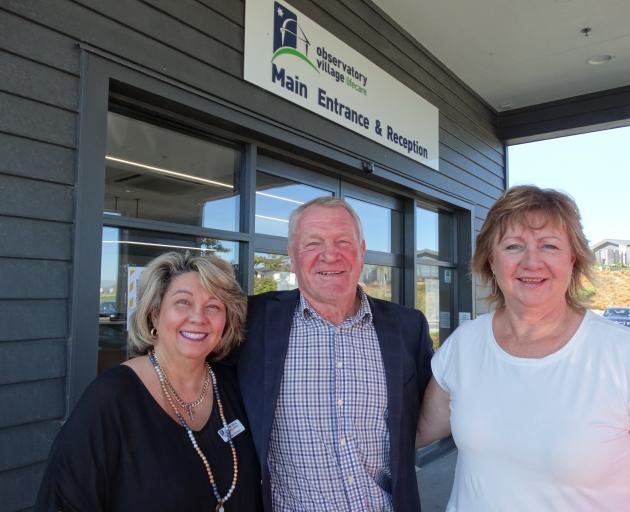 In recent years, Observatory Village has increased its capacity to 81 care beds, 32 serviced apartments and 18 villas.

It now has plans to build 52 additional villas and a community centre.

But the expansion means an additional workload.

After nearly four years as general manager, Rosie Dwyer has moved into a role overseeing clinical and quality compliance.

This change will not only allow Mrs Dwyer to focus on completing her master of health science qualification, but she will also have more time to spend with her grandchildren.

Observatory Village Charitable Trust chairman Ian Hurst said demand for services had been far beyond what was forecast and the role of general manager had grown as a result.

New manager Moira Kliegl has taken over from Mrs Dwyer, bringing with her more than 20 years’ experience working in high-end resorts and hotels in South Africa.

After migrating to New Zealand, Ms Kliegl worked as South Island manager for Lumino the Dentists, and then managed the University of Otago marketing department.

One of the main reasons she applied for the Observatory Village role was its continuity of care and management structure, she said.

"We are here to serve and make people’s lives as pleasant and comfortable as possible."

Mrs Dwyer has stepped into a part-time clinical/quality advisory role at Observatory Village.

"Rosie’s contribution to getting us to where we are has been outstanding, and with it carries a huge workload and clinical responsibilities," Mr Hurst said.

"We are delighted to continue Rosie’s skill sets in the clinical management, and Moira brings her experience in the resort and hospitality sector."

With consents granted, the village had committed $2.5million for infrastructure, roading, sewage and water supply for its new developments, and villa platforms could be put down as soon as March or April this year.

As with the previous developments, local contractors and businesses would be on the job, Mr Hurst said.