Road name could be first step 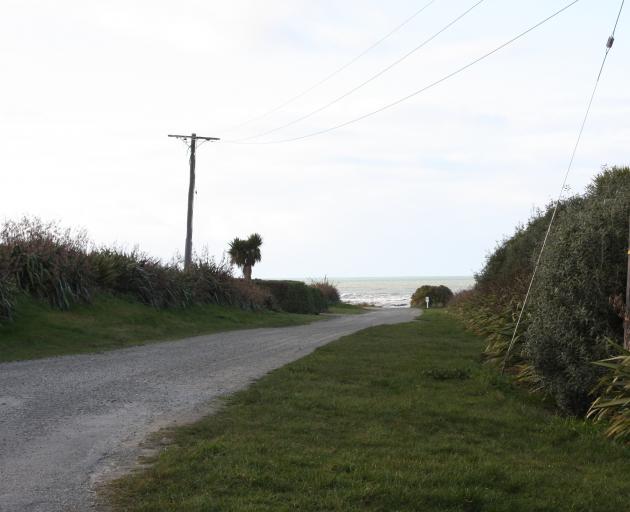 The previously unnamed section of road between the intersection of Kakanui Rd and Clayton St and the beach just short of the Kakanui Fishing Club boat ramp has been named Kakanui Bay Rd. Photo: Gus Patterson
At a glance, a small road in Kakanui being given its first name might not appear to be very newsworthy.

But local iwi hope the spelling of "Kakaunui Bay Rd" could signal a change towards places being called by their tuturu (original) names.

The extra "u" in Kakaunui is closer to what Kakanui was originally called by Maori.

The new road name was approved at a Waitaki District Council meeting on July 30.

Before then, the section of the road between the intersection of Kakanui Rd and Clayton St and the beach just short of the Kakanui Fishing Club boat ramp was part of Kakanui Rd, but that had caused some confusion for emergency services because of the way the houses on the road were numbered.

A meeting was organised with Te Runanga o Moeraki upoko (appointed traditional leader) David Higgins, who said the name "Kakaunui" had local and historic significance for Ngai Tahu. He said Kakaunui was likely to refer to swimming in the river.

Now "Kakaunui" had been approved, Mr Higgins hoped to canvass support from the rest of the community for the township name to be changed.

"I have not thought too much about the next steps.

"[But] if the people of the community want to change the [Kakanui township] name back to Kakaunui, then they have to change the name of the river - the river was there before the town."

Kakanui is not the only place name to have been anglicised. Kurow is an anglicised form of the Maori name Te Kohurau, which refers to a great rangatira (chief) who turned into a mountain in the Waitaki Valley, and Tekapo was originally Takapo.

"Kurow is the only one I know of that is purported to be a Maori word, but does not end with a vowel."

Ngai Tahu can make a case to change a place-name and present it to the New Zealand Geographic Board, but was not looking at widespread change in Waitaki in the short term, Mr Higgins said.

"We will do in time, but we don't want to rush everybody with half a dozen name changes.

"It is not necessary when we can change it step by step, with public support."

Waitaki Mayor Gary Kircher said naming Kakaunui Bay Rd was "a small gesture of making sure we get it right".

"We certainly have not had any request to look at changing spelling of any names. If those things happen, they need to get discussed and talked about then.

"It is not something the council takes lightly, and, given that we haven't been asked, it is all hypothetical at this stage."