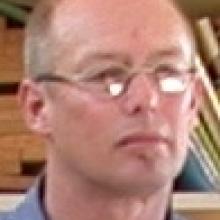 Brent Godfery
The Pembroke School board of trustees feels "let down" after the Ministry of Education used the Education Act to force the school to amend their annual charter to include National Standards targets.

The Oamaru primary school was one of about a dozen in Otago which refused to include the targets in their 2011 charter, and the ministry publicly punished Pembroke last month by not allowing it to hold a community Pasifika Fono (meeting) on school grounds.

The meeting was instead held at a commercial venue, and an agreement for the ministry to pay the home and school committee to do the catering as a fundraiser was rescinded.

He said the school's board of trustees felt let down by the ministry, because it had not followed its obligations under law, and it had forced the school to comply through intimidation and bullying tactics.

"The National Government, through the Minister of Education, will soon be able to say a high percentage of schools are now doing National Standards because they have compliant charters.

"But a charter does not mean we are doing it," he said.

"We will continue to educate our community on the dangers this policy is posing to one of the best education systems in the world."

He said international studies put New Zealand pupils as the fourth highest achievers in the world, and countries such as Australia, England and the United States were below New Zealand because they had introduced national testing to lift their performance and it had not worked.

Ian Leckie, the president of the New Zealand Educational Institute, the education sector union, said Pembroke School was one of hundreds around the country which had been bullied into including National Standards targets in their charters.

"Forcing schools to be minimally compliant does not mean opposition to National Standards has been stymied.

"Just because a school has been ordered to put a statement in its charter does not mean it will be implementing National Standards or measuring children against them.

"Schools are complying because they don't want statutory managers put in place, but that can in no way be seen as an endorsement of what is untried and fundamentally flawed educational policy."

Education Minister Anne Tolley said the Government remained focused on lifting achievement for all young New Zealanders, and the vast majority of schools were getting on with the important task of implementing National Standards.

"This political protest was always greatly exaggerated by those involved.

"The latest figures show that 85% of schools whose charters have been analysed, have targets against the standards."