Sculptor at ease with stone 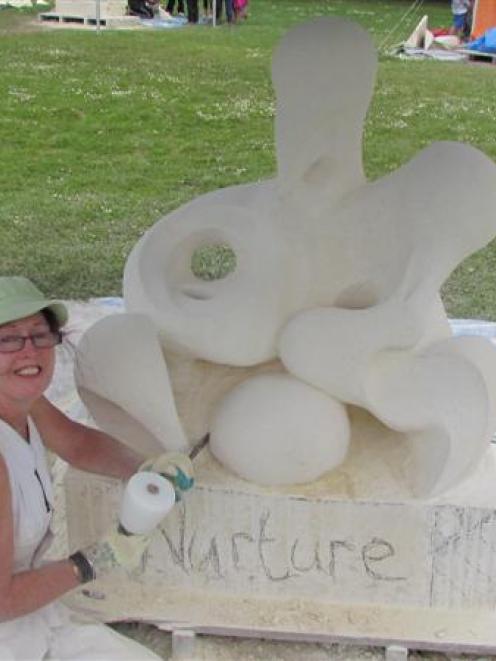 "I was working in a studio under the house totally absorbed in carving a commissioned piece that was beginning to sing," Ms Killoran said.

"I fell in love with the stone carving, which often happens just before it's finished."

"I was in a beautiful place in my mind, and then the floor lifted, things flew around me and smashed to the concrete floor."

Reflecting on the day during a break yesterday, she found it difficult to reconcile her memories with a sense of reality.

"I watched boulders tumble down the slope of the hill opposite to where I live, into the houses, and the terrible cracking sound of breaking trees as rocks smashed into them.

"The ground kept moving and I could see art work being tumbled as if it was in a washing machine.

"I was a heap on the floor and realised if I didn't grab my sculpture it would be destroyed.

I somehow found the strength to pick up the work in one swoop and run with it out into the sunshine. To this day, I don't know how I did it. I think I was so determined that I would have a piece of work left."

Ms Killoran, who moved from Liverpool to New Zealand with her husband five years ago, now does not know whether her house sits on solid foundations.

But her situation, and house in one of Christchurch's white zones, which had slumped back into the hill during the earthquake, seemed far from her mind as she spoke of the natural light, shapes and patterns she wanted reflected in her work of entwined birds, titled Nurture.

"The main thing for me is to get the light through the stone and to do the stone justice," she said.