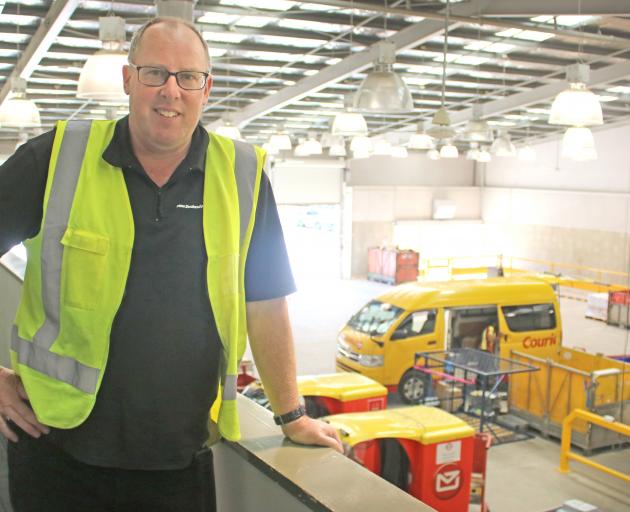 Retail therapy seems to be what North Otago shoppers, and New Zealanders as a whole, are turning to, to get them through turbulent times, New Zealanders spending $765million online in October — 71% up on last year.

While the rise in Oamaru was not quite as dramatic, the volume of parcels delivered in the area in October was 14% higher than in October last year, NZ Post said in a statement.

The new Oamaru premises opened in the former Mitre 10 building, at the corner of Severn and Cross Sts, last week, and were twice the size of the previous France St site, where NZ Post had been operating from since 1988, area manager Brett Cairns said.

‘‘Twice the size and we’re all under cover. That’s the biggest difference.’’

Two extra staff had been employed in the processing department, due to the increase in parcel volume, Mr Cairns said.

It had taken about six months to prepare the new site and the bigger space made it much easier to deal with more packages.

The centre employed about 20 staff, including rural drivers and delivery agents, he said.

The customer entrance to the new premises is in Cross St.