Tea time over for period business 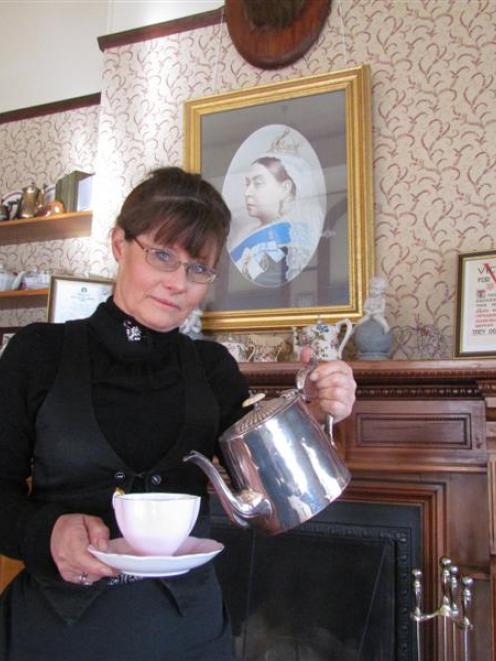 Annie Baxter opened the tearooms as a ''living history'' experience in October 2011, after moving to Oamaru from Diamond Harbour, but after putting her ''heart and soul'' into the business for three years, she said she would open the Tees St premises for the last time on Sunday.

The building's owner, the North Otago Club, recently agreed a conditional sale for the premises, and Mrs Baxter said that was behind her decision to cancel her lease.

She said she was ''extremely sad'' to close the tearooms, but working with locals for the past three years had been ''great''.

''It took me six years to put together this operation, finding the right building and putting in the whole preparation. The plan was to do a living history experience to enhance the Victorian precinct.

The tearooms had become a focal point of the community and the Victorian Precinct, to such an extent that they were ''owned by Oamaru, not just me'', she said.

A grand closing would take place at 2pm on Sunday.

''I'm going to do it as well as I did setting up. There will be a Maori welcome, and it will be a time for speeches, 'thank yous and stories.''

People are encouraged to attend in period costume.

She remained ''passionate'' about Oamaru's heritage and would stay in Oamaru, and continue to organise the Teas on Tees street party in November, to celebrate 150 years since the European settlement of North Otago.

''I wanted to have some sort of celebration for the people, by the people and a street party seemed to be one of the most obvious things to do, because Tees St is one of the oldest trading streets in Oamaru.''

She did not know if she would open another tearooms.

''I'm not sure what the future will hold, but I am not moving away.''

Oamaru Whitestone Civic Trust chairman Marcus Brown said Mrs Baxter had made a ''fantastic contribution'' to the heritage scene, and the loss of the tearooms, where staff wore authentic Victorian costumes, would detract ''to some extent'' from the overall atmosphere of the Victorian precinct.

''What she has done on that corner has been really special.''

An application to the Waitaki District Licensing Agency for a liquor on-licence for the same premises at 1 Tees St, from Oamaru-based company Cucina 1871, was yesterday sent to the Alcohol Regulatory Licensing Authority in Wellington for a determination, after two objections were lodged.