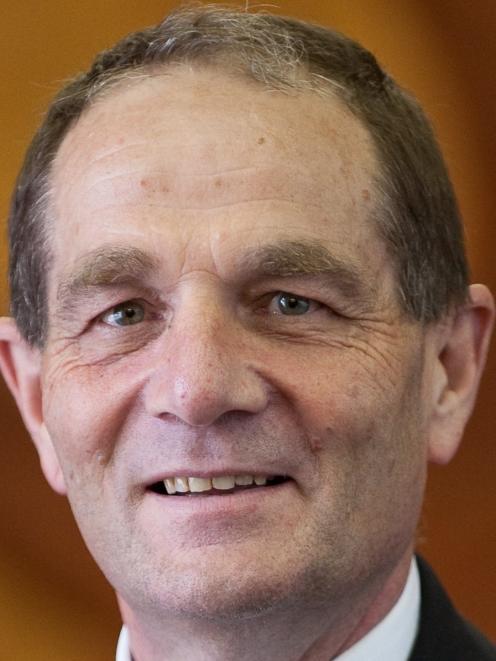 Chester Borrows
A final decision on how the Oamaru courthouse could be earthquake strengthened and reopened for hearings is being delayed because the Minister for Courts is now considering what is effectively a third option.

Extra engineering work to assess what it would take to bring the 129-year-old building up to earthquake standards was commissioned by the Ministry of Justice in November, after its initial estimate of $5 million, made in October last year, was roundly critcised.

However, details of that report, which was carried out by Opus, have not been released, because yet another ''option'' had recently come to light.

Minister for Courts Chester Borrows this week said he was ''very aware'' that many in Oamaru wanted a final answer on the fate of the courthouse, but confidentiality arrangements meant he was unable to give a clear picture of when a final decision would be made.

''We have been asked by a group from Oamaru to consider a second opinion as to what it would take to make the courthouse safe for use.

"This has been presented to me in confidence, so I am unable to release the details of it.

"I have undertaken to explore this alternative fully before making any decisions as to the future of the courthouse, and I am in the process of seeking engineering advice on this.''

The courthouse, which is registered as a New Zealand Historic Place Trust category 1 listed building, was closed in 2011, after it was deemed an earthquake risk.

The Oamaru District Court, which is now temporarily housed in the Oamaru Opera House, was then officially downgraded to a hearings-only court in October.

Hopes that the courthouse would reopen for business were boosted in May, when Building and Construction Minister Maurice William gave a ''watertight'' guarantee that Oamaru's historic building would not be left unused or abandoned, as a result of possible changes to earthquake-prone building policy proposals.

Mr Borrows was unable to give a similar guarantee that the courthouse would be returned to its primary function.

However, court services would remain in Oamaru ''whichever building we end up delivering them from'' and ''whatever the outcome with the courthouse'', he said.

Waitaki Mayor Alex Familton said he had received communication from the minister three days ago, and was ''optimistic'' that Mr Borrows was '' close to giving us a message''. Mr Familton said he was ''hopeful'' it would be a positive outcome for the historic courthouse.

''I have said there is a focus by the community on the building and I'm getting a lot of questions about where the Government is.''

Heritage enthusiasts also yesterday said the building should be reopened and used for the purpose it was intended.