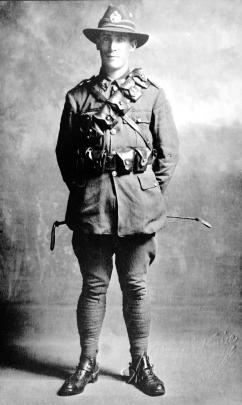 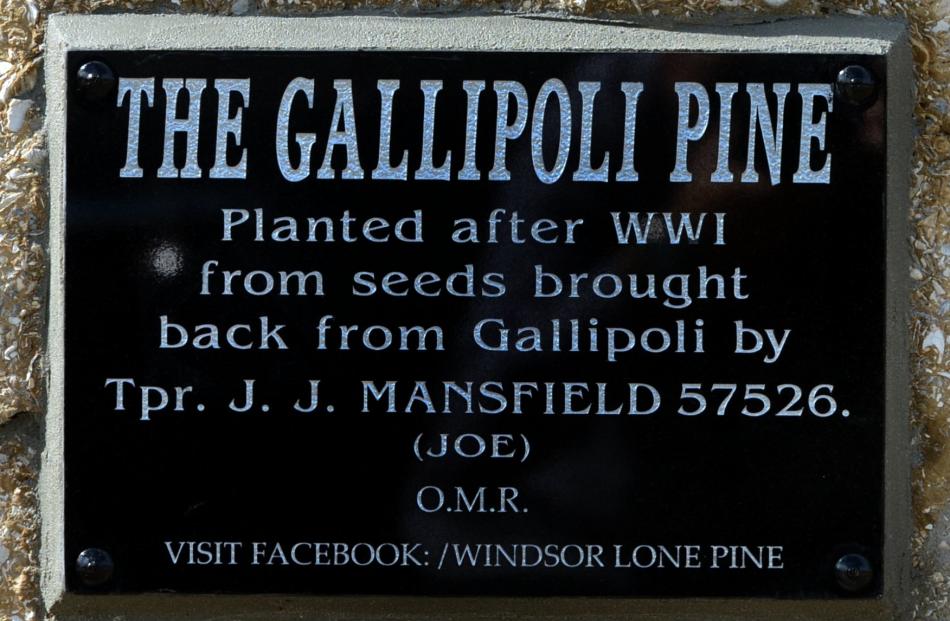 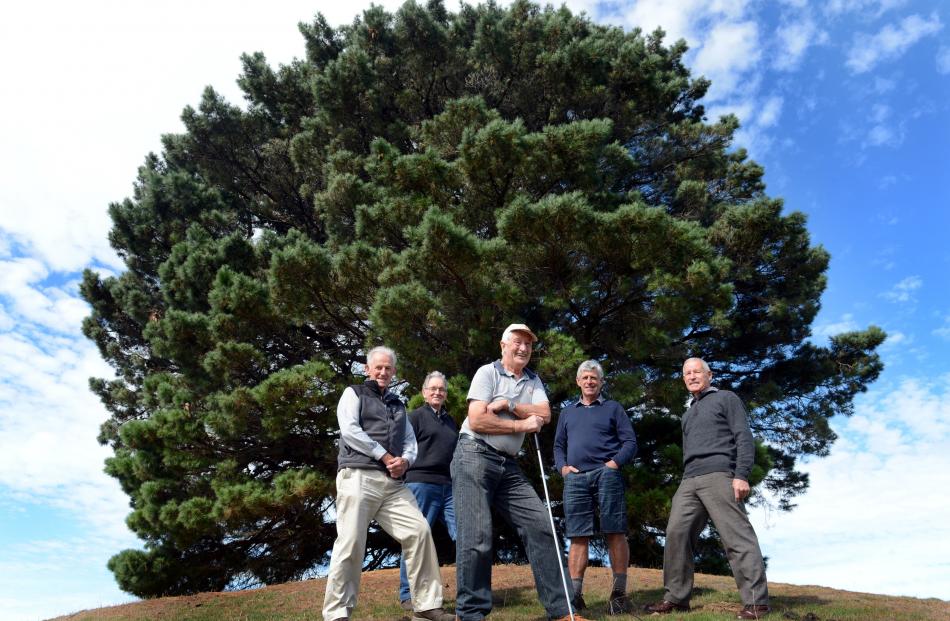 Greg and Julie McEwan always knew their beacon-like landmark was special but didn't know exactly what made it so precious.

That was until a chance meeting in Oamaru, between Mrs McEwan, from Corriedale, and Ikawai farmer Ron Mansfield, who recounted the remarkable story of his Uncle Joe.

For the tree is much more than a landmark; it serves as a monument to World War 1 and to a soldier who safely returned home.

It was grown from one of three seeds brought home from Gallipoli in the pocket of Joe Mansfield's army tunic.

The seeds were planted by Trooper Mansfield on his return to the family farm. Two germinated but one later died and the third was eventually planted, once big enough, on top of what became known as One Tree Hill.

A corrugated iron water tank was understood to have been rolled up the steep hill by several of Tpr Mansfield's sisters to provide some protection for the young tree. They also used to lug water up the hill to water the young pine.

For close to 100 years, the Gallipoli Pine has thrived, overlooking the farm which has only had two owners since it was planted - the Mansfields and the McEwans. On Anzac Day, family members and descendants of Tpr Mansfield will gather at Corriedale to unveil a memorial to the Gallipoli Pine.

The memorial, featuring a rock from Ron Mansfield's farm at Ikawai, will be unveiled by Tpr Mansfield's only surviving daughter, Dawn Kelly (84), of Tauranga.

The ceremony will include a blessing by Fr Wayne Healey and the reading of a poem The Windsor Pine, by Ahuriri Valley poet Jim Morris. Waitaki Mayor Gary Kircher, whose mother was a McEwan, will provide the welcome.

The tree is clearly visible from the memorial, on the Weston-Ngapara Rd.

Five of Tpr Mansfield's nephews recently gathered at the tree and reminisced about their uncle and his memorable Anzac story.

He left Wellington on Tofua in November that year, with the Canterbury Mounted Rifles and landed in Suez just over a month later.

He was first hospitalised with diphtheria and later, at Gallipoli, with influenza, when he was described as being ''dangerously ill''. He was discharged from the army in October 1919.

The Canterbury Mounted Rifles visited Gallipoli in December 1918, when the war had finished, and three years after New Zealand forces were evacuated from the peninsula.

Tpr Mansfield married Evelyn Watson in 1925 and the couple had three daughters. He worked for the railways and died in Ashburton in March 1949. His war trauma was believed to have contributed to his death.

Graeme Mansfield (70) wondered about his uncle's thoughts when he stowed the seeds in his pocket, while Reg Direen (81) marvelled at how the tree survived droughts and a plague of rabbits in the early years.

Mr Direen understood there was another Gallipoli pine at the Takapuna Golf Course and several in Canberra. DNA samples were to be taken to establish what kind of pine it was.

He has about 500 seeds, taken from the tree, and intends planting them in his garden this year.

Mr Kircher said the Waitaki District Council was looking into using some of the seedlings on Cape Wanbrow as part of its permanent planting programme.

Asked what he thought his uncle would think of the commemoration, Max Lory (81) reckoned he would be ''as amazed as what we are'' that it was still standing after nearly 100 years ''on this barren hilltop''.

Ron Mansfield (73) remembered his uncle as a ''very straight'' man.

''I suppose that was the army training. I don't think he suffered idiots,'' he added.

Mrs McEwan thought it was ''wonderful'' the story was being highlighted in the community and it was also special to the McEwan family.

''That tree has been watching over four generations of this family and we adore it,'' she said.

The farm was bought from the Mansfield family in the 1940s and Greg McEwan's uncle Bill, a rabbiter, was a key instigator of its purchase. He fought in Italy in World War 2 and died of his wounds at Ancona.

Not only did hearing the story of the Gallipoli Pine bring a tear to Julie McEwan's eye, but it was also very emotional when she relayed the story to her father-in-law.

''It just somehow made Bill closer again for Maurice,'' she said.

War affected communities, even now, and he still missed his brother.

''I just think its a wonderful thing they are doing [unveiling the memorial] ... we've all got so much to be thankful for, thanks to those lads,'' she said.